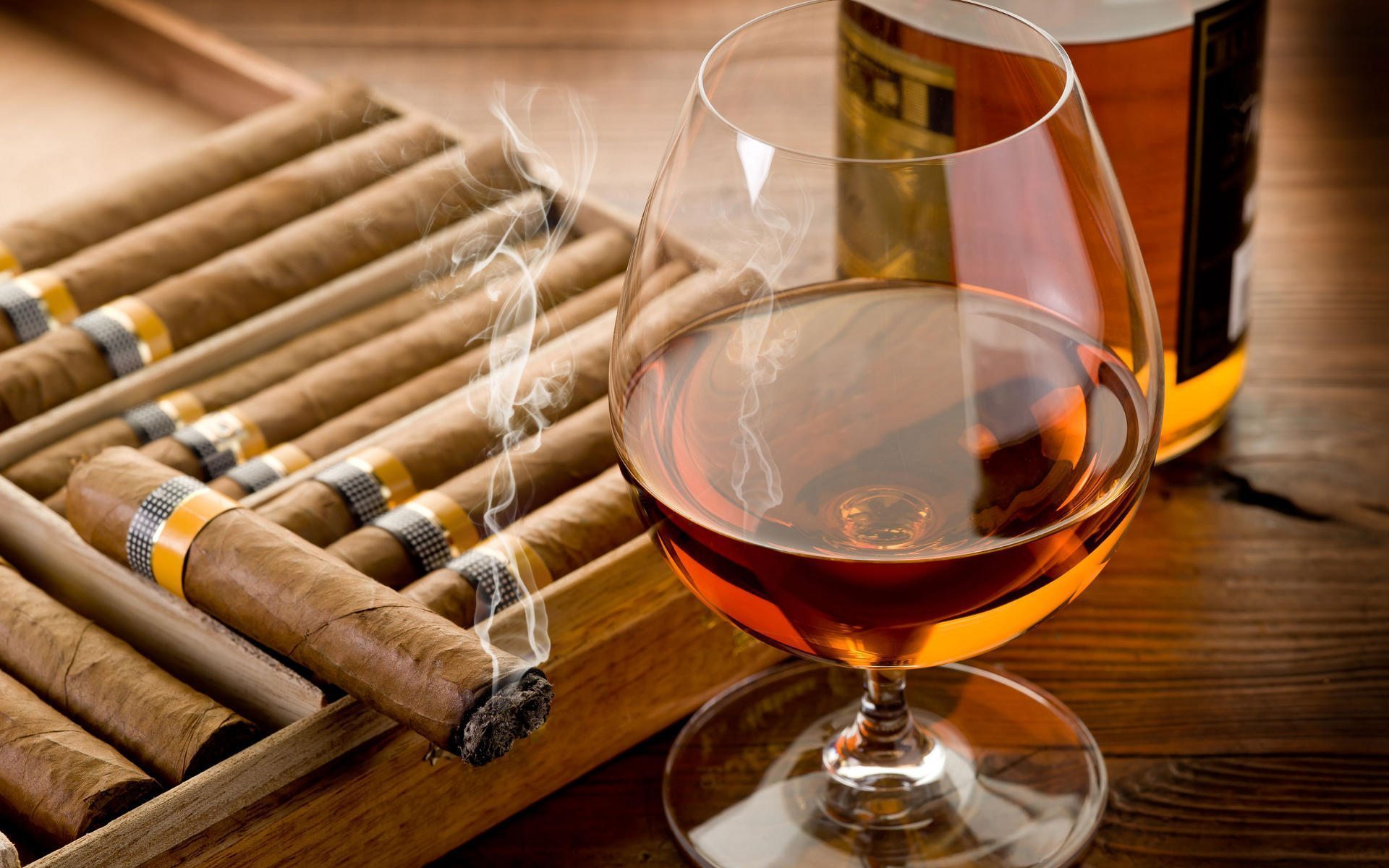 Tips and Tricks: How to Pair a Cigar with a Beverage

When it comes to pairing a cigar with something to drink, you have many options. Really, it’s like everything else in cigars: do what you like. There is no steadfast rule to follow, or “expert” you need to listen to, but there are some guidelines or suggestions to help you discover what you like to pair with. In the end, if you like it, enjoy it, don’t let anyone tell you how to enjoy your cigar.

Whiskey (or Whisky as they would spell it in Scotland) is probably the most common pairing with cigars. I could talk for hours about whiskey on it’s own, but I’ll try and keep this just about pairing with cigars. My personal go-to for pairing with a fine cigar is Scotch Whisky. This is simply a type of Whisky that is made in a very specific way and comes from Scotland. Single malt scotches are generally recognized by their peaty or smokey flavors, and tend to be quite strong. I will probably repeat myself several times throughout this article with this bit of info, but it’s important: match the body. If you reach for a heavy peaty scotch like a Laphroaig , you don’t want to be smoking it with a Rocky Patel Connecticut or an Ashton Classic; you want to pair this with a full bodied cigar like an Oliva Serie V or Joya de Nicaragua Antano 1970. The stronger the drink, the stronger cigar you want to pair with it so one does not overpower the other. Another benefit of Scotch in recent history is the introduction of fire-cured tobacco into cigars. This compliments the smokiness of Scotch in a great way, so don’t hesitate to grab a Leccia Black or a George Rico American Puro with your expensive Scotch.

The problem with Scotch is the price. While I think most are well worth the price, some would certainly disagree, and I don’t see myself pouring a glass of Macallan 18 every day. This brings us to Bourbon. Bourbon has the sophistication and selection of scotch, but at a much more reasonable price point and is classified by the fact that it’s made in America and is made from a grain mixture of at least 51% corn. The big difference here, you won’t find any peaty (smokey) bourbons. Again with bourbons, you want to match the body so neither the drink nor the cigar is overpowered or lost. With bourbons you can find a few options such as, Basil Hayden’s, that are mild-bodied enough to pair with mild-medium cigars, I would still personally stray away from pairing any bourbon with a very mild Connecticut cigar, but that one is up to you.

Another whiskey option is with mixed drinks. Some of my favorites in this area to pair with a cigar are a Manhattan, Old Fashioned, Mint Julep and Ward 8. If you’re not familiar with these drinks, take a look at the ingredients and see if you can pick out any flavors that would compliment a cigar you know well, or exhibits the same tastes. I would not recommend a whiskey sour to pair with a cigar, as I find the overwhelming citrus and sourness takes over anything else. I do love myself a whiskey sour, made with freshly squeezed lemons and a maraschino cherry, but not with a cigar.

Cognac is a type of Brandy coming from a specific region of France. Brandy itself is simply distilled white wine, and a very common pairing with cigars, mostly due to the similarities in flavors. The “tasting notes” one looks for in a good Cognac are very similar to terms used to describe cigars. Here, there isn’t a whole lot of variety in body, I would call the body of most Cognacs in the “medium” range. So keep that in mind when selecting a cigar to go with it. With Cognacs, you can play around more with finding tastes and flavors that match well in both cigar and drink, for instance, take the oaky and nuttiness of a Courvoisier VSOP and pair it with the similarly noted, medium bodied Leccia White. One of my favorite current pairings. One of the nice things about Cognac, is that you pretty much always get what you pay for. Good Cognac isn’t cheap, expect to pay closer to $100 a bottle than $20.

Here is where you can really get close when matching the body of a drink with the body of a cigar. Beers are usually pretty easy to tell how full they are by both the content of their alcohol and their relative darkness. Now, that said, there are certainly exceptions like IPA’s, but if you know enough about beer to drink something other than Bud Light, you probably already know that. That’s not saying Bud Light doesn’t have it’s place: beer pong tables, sporting events and $1 pint nights, but it isn’t with a premium cigar. Unless you don’t really care what you are smoking mowing the law or otherwise preoccupied. Not that I endorse mowing the lawn while drinking beer…

Anyway, some examples of good beer-cigar pairings are a light-bodied ale like Dry Dock’s Apricot Blonde with a Cabaiguan. Fantastic. Down on the other spectrum you could pair a vanilla porter with a Tauaje JV13 or a Liga Privada No. 9 where I often get notes of vanilla in a pretty full bodied smoke.

To be honest, I generally wouldn’t recommend pairing wine with Cigars. In my experience, they are just too different on a basic level both in terms of flavors and body. I have found cigars and wines that I have enjoyed together but it is not often. If you do attempt to pair wine with cigars, I would still try and match the body as much as possible, so you could pair a white wine like Chardonnay with a Davidoff, or a full bodied red like a Shiraz with a Cain F.

Coffee is maybe the most underrated pairing in the cigar world. One reason, perhaps, is because coffee is generally not an evening drink, the time at which most people find themselves smoking a cigar. With coffee, again it’s pretty easy to match the bodies of the drink and smoke, in fact, most coffee’s tell you right on the packaging how dark it is. Once you have a coffee that matches the body of your cigar, I like to try and pick a cigar that I generally find notes of coffee or espresso, I find that they usually compliment each other pretty well.

Soda is a love it or hate it kind of pairing. The types of soda I would recommend are root beer, Dr. Pepper, and regular cola. On occasion, with the right kind of cigar I would choose a ginger ale or Sprite, if I know that a particular cigar has lots of citrus notes. I would not recommend a cigar that is either very mild or very full-bodied as one will tend to overpower the other. I would also not recommend pairing a very rare, expensive cigar with a soda, unless you know that you enjoy that combo, simply because of the number of artificial flavors in soda, things can get lost.

Tips and Tricks: How to Pair a Cigar with a Beverage 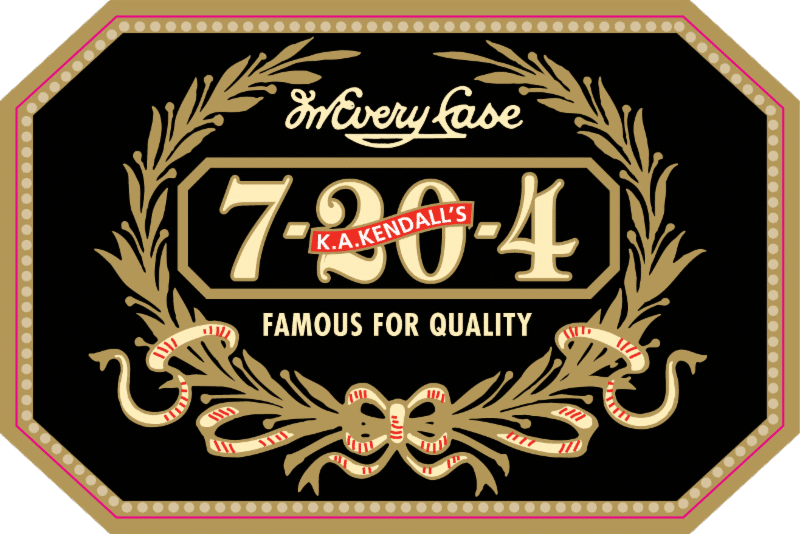