Despite many people’s perceptions, Alec Bradley is not the name of a person. This is a combination of Alan Rubin’s, owner and creator of Alec Bradley, son’s first names Alec and Bradley. They were just kids when Alan Rubin started the company, but now work side-by-side with their father. This is the first cigar they have blended completely on their own.

Like many other Alec Bradley cigars, Blind Faith is made in Honduras at the Raices Cubanas. The blend contains a Honduran wrapper from the Trojes region; two binders one Nicaraguan from Jalapa and the other Honduran from Trojes, and Nicaraguan filler from Estelí Criollo ’98 and Corojo ’99. They blended this cigar to be medium-full in strength. It come in 20 count boxes and three vitolas: Robusto 5 x 52 $8.95, Toro 6 x 52 $10, and Gordo 6 x 60 $10.95. The cigar debuted at IPCPR this year. 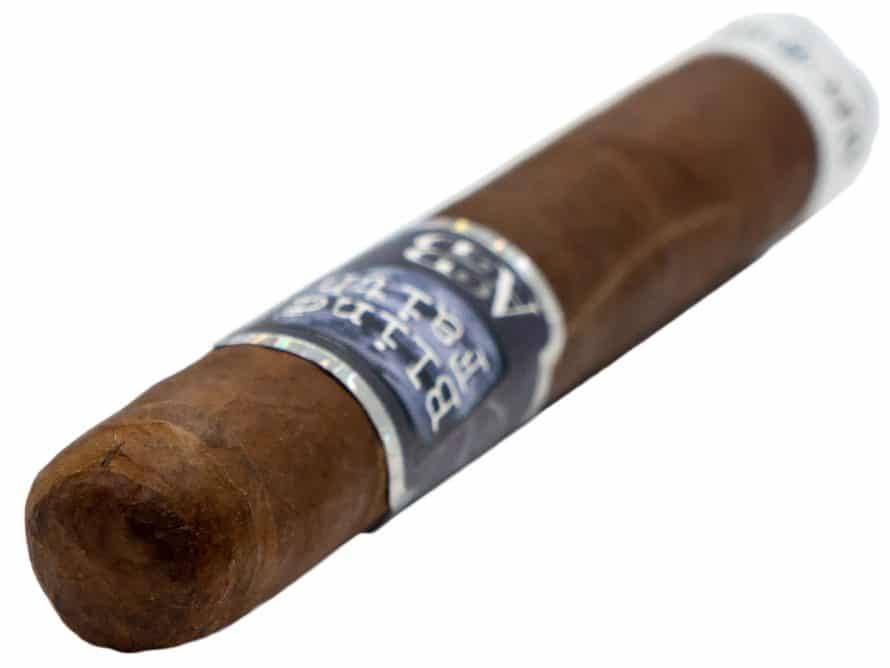 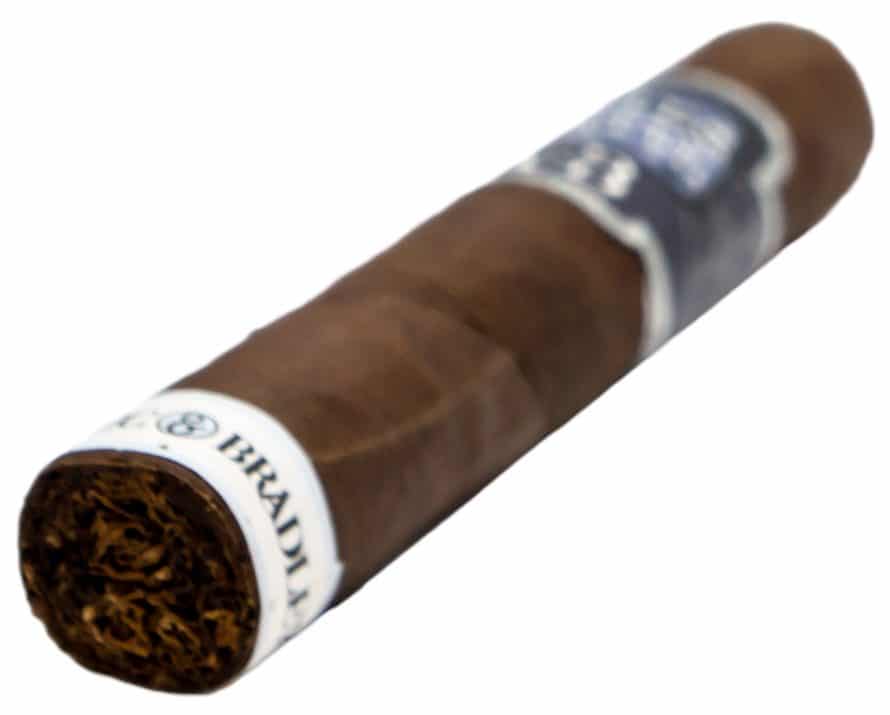 “The first thing I notice about this cigar is the nice oily sheen to the wrapper. This has a smooth yet slightly rough exterior in a very handsome way. Veins are apparent but they are very well blended into the rolled wrapper without causing any lifts or cracks. The cap is very well constructed and blended in nicely to the body of the cigar. The foot reveals a very full filler and overall there is a nice brown color to the cigar that reminds me of coffee.” –Diana (ArmyRN)

“The wrapper smelled super sweet with a mix of cinnamon. The foot had an aroma of of pepper and kitchen spices.
Cold Draw was good and tasted just like the wrapper smelled.” –Daniel S. (Daniel S.)

“It took a few puffs before I really got some noticeable flavor. Coffee mixed with wood and just a wee hint of sweetness was noted on the finish in the first half inch into the cigar. There was a gradual increase in the dark roast coffee and the addition of macadamia and pecan nuts that created a nice flavor. The sweet finish is still there and the retro kept the woody campfire notes going in the background.” –Diana (ArmyRN)

“The initial flavors started off much lighter than I expected. That being said, light doesn’t mean disappointing. I’m getting some subtle baking spice notes to go along with a mild white pepper. Through the nose the smoke is mild and the retrohale gives me some woody after flavors that round things off nicely. A good start!” –Jason H. (Jokey Smurf)

“This third toned down on a lot of the flavors but was still more flavorful than other cigars. Smooth, sweet, leather and a dark berry round out this third for flavors. The wood disappeared or was so slight I didn’t taste it. The flavor did start getting a little sharp near the end. Retro was still smooth. ” –Matt H. (Mattehh)

“As I am getting into the middle third, I am still getting the pepper and sweetness. However, the flavors are more complex and the flavors are stronger.” –Daniel S. (Daniel S.)

“Not much change through the final third…but that’s not such a bad thing when the flavors are good. The wood notes have left but the remaining flavors, while mild, are quite enjoyable and the mild profile is really nice when passing through the nostrils. ” –Jason H. (Jokey Smurf)

“There hasn’t been much change from the second third but the cigar remains a fairly tasty smoke. The medium body makes this an interesting but not overwhelming which for me sometimes is really nice for relaxation. This has been a consistent smoking experience with a very nice mix of the coffee, nuts, sweet cream and wood. There is just enough campfire smokiness that it adds to the complexity in a very nice way.” –Diana (ArmyRN)

“A v-cut brought on a draw that was quite nice.” –Isaac M. (The Nothing)

“The cigar had the looks, that’s for sure. It looked and felt very nice. I couldn’t see any flaw with the construction. ” –Isaac M. (The Nothing)

“It took a few puffs in order to get any real flavor from this cigar but after that the flavors became complex enough to be what I like and remained consistent albeit not overly progressive over the duration of the smoking experience. This was a relaxing cigar. Not to little and not too much in any area of flavor. I’d smoke this again with a nice cup of coffee especially after a long day of work. Pleasant and flavorful, this is a steady eddy cigar that gets the job done for me.” –Diana (ArmyRN)

“I do not know what happened after the first third of this cigar, but it did no favors. It really did turn into some bad barbecue. Burned spices and sugars. Overly smoked with mesquite. The fat texture was thick. I just couldn’t find anything redeeming after the first 20 minutes.” –Isaac M. (The Nothing)

“For a mild cigar this was really quite nice. There was enough flavor to keep me interested, and the superb construction, burn, and draw really added to the overall experience. This is one I’d gladly recommend to anyone, even if I didn’t want to share it because it’s that good…Time to start hoarding this one for those days when I don’t want to get my palate blown away!” –Jason H. (Jokey Smurf)

“The way this cigar started out I was greatly surprised. Great flavor and construction. As the cigar progressed it became less enjoyable and almost lost what it started out as. Overall though it was a great experience and had me interested all the way through. ” –Matt H. (Mattehh)

Blind Cigar Review: Alec Bradley | Blind Faith Robusto
Summary
"The way this cigar started out I was greatly surprised. Great flavor and construction. As the cigar progressed it became less enjoyable and almost lost what it started out as. Overall though it was a great experience and had me interested all the way through. " -Matt H. (Mattehh)
Appearance
92
Aroma
93
First Third
89
Second Third
91
Final Third
90
Draw
94
Burn
93
Construction
93
Overall Experience
93
92
Overall Score - Great