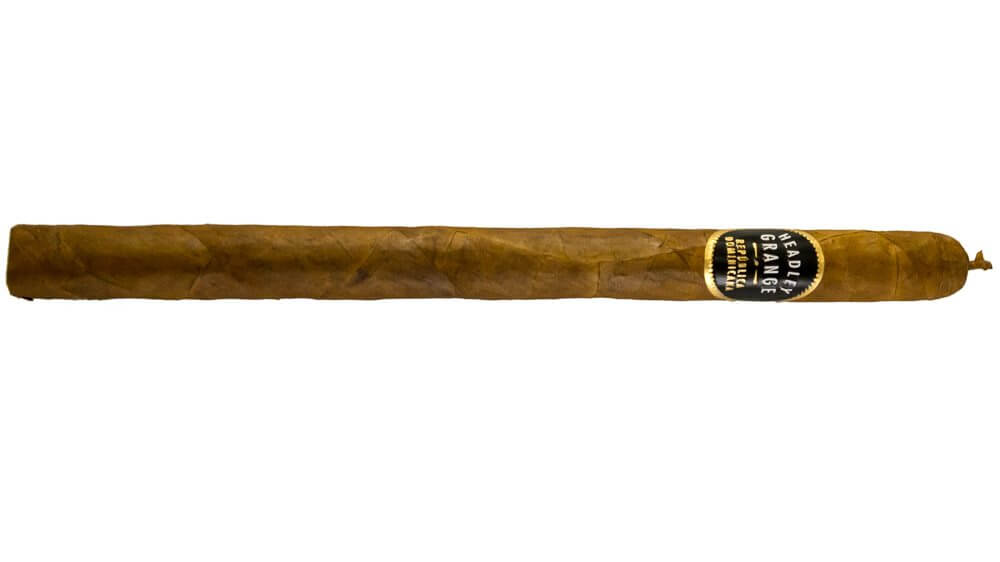 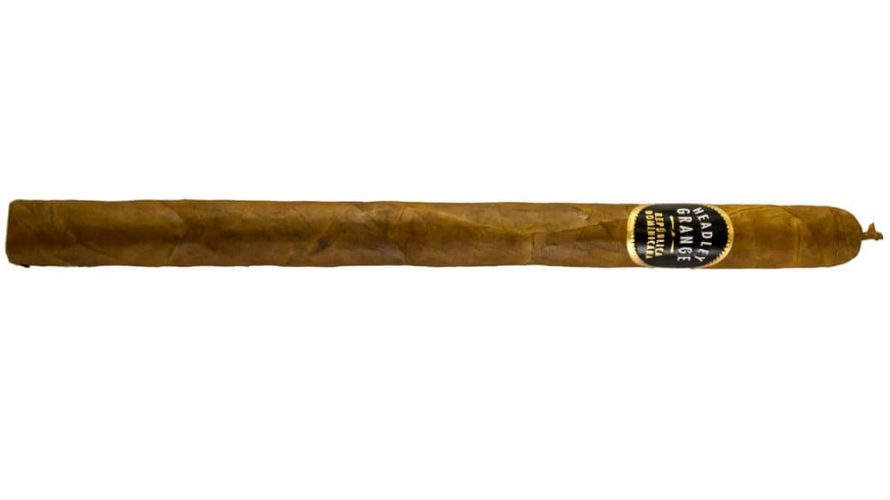 “I’m slowly beginning to like Lanceros more and more. This one appears to be a bit rough around the edges but I’ve seen worse that smoked wonderfully. The little pigtail on the cap gives it a bit more pizzazz.” –Milton (mjohnsoniii)

“Nice chocolatey smell with some good amount of coffee. The dry puff is sweet and more chocolate and some leather.” –Sandeep (Djangos)

“Black pepper right off the bat. Not only on the retrohale, but on the palate and tongue as well. An unexpected surprise from this vitola. A bit of toast, leather and back of the throat spice. About an inch in the spice and pepper fade just a tad. Tobacco, toast and hay are mixing together.” –Gregg (McGreggor57)

“A hint of raisiny sweetness from the pre-light draw. Getting a very nice smokiness now that it’s lit. Also getting a residual peppery sensation at the back of my tongue and throat that lingers after the draw. Even with the peppery sensation on my mouth, the retrohale is very smooth. The ash fell after 3/4 of an inch and the strength seemed to mellow a bit. Flavor has changed into some woodiness in the mouth and on the retrohale.” –Aaron (aaron72)

“Pepper is still present with baking spices in the background. The toast has lightend in flavor and some popcorn has made an appearance. There is a slight minty/medicinal taste occasionally.” –Gregg (McGreggor57)

“Pepper is beginning to pick up some as we transition into the second third. Flavors of chocolate and cedar predominate. There is a whiff of leather occasionally. The burn and smoke are still perfect. The ash is holding for nearly two inches before falling off. Though there are not many complex flavors, this is turning out to be quite enjoyable.” –Sandeep (Djangos)

“Cedar has its pepper kick back. As the coffee fades, the leather loses what creaminess it had. The tobacco still has an earthy taste, just more of a peat than a barn hay flavor. Finishes on a stronger note than it started, although it did burn a little hot as it got closer to the end.” –Ron (shuckins)

“The final third was just as good as the second. The herbs and earth were just as prominent with the addition of a hint of peanut that lasted for a second. It wasn’t much, just enough to taste it.” –Milton (mjohnsoniii)

“A near perfect draw from light to nub.” –Gregg (McGreggor57)

“Quite the spice bomb that, unfortunately, overpowered the subtle flavors of this cigar. It had the potential to be a great cigar but the pepper and spices really got in the way. The times it mellowed, some wonderful flavors came through.” –Gregg (McGreggor57)

“Though not overly complex, the flavors are very enjoyable. There is a sweetness to this cigar for the most part. Will definitely smoke again.” –Sandeep (Djangos)

“While it wasn’t my favorite vitola, I did enjoy smoking it, and was pleased with the flavors it had.” –Ron (shuckins)

“The first third was really good, but after that things went downhill. I was really hoping the cigar would continue its performance, but it just wasn’t built well and the score reflects that. I hope that this isn’t a trend with the other reviewers and that this turns out to be something good.” –Aaron (aaron72)

“This has shaped up to be very enjoyable. I don’t have much experience with lanceros and I can’t say that I’d go and run out and try to fill my humidor with them but it was a very enjoyable 74 minutes and I’d welcome the chance to try more.” –Milton (mjohnsoniii)