HVC announced the First Selection Limited Edition Broadleaf at the 2018 IPCPR. This is the first HVC cigar to use a Connecticut broadleaf wrapper. This is in fact the first broadleaf cigar to come out of TABSA.

The blend uses a broadleaf viso wrapper with a Nicaraguan binder and Nicaraguan fillers from AGANORSA. It comes in two Short Robusto (4 1/2 x 52) — $9.50, Toro (6 x 52) — $11.50. The cigars are only offered in boxes of 20 with 10 of each size. The cigars are rolled at Tabacos Valle de Jalapa S.A. (TABSA) factory in Estelí. There were only 500 boxes made and began shipping September. 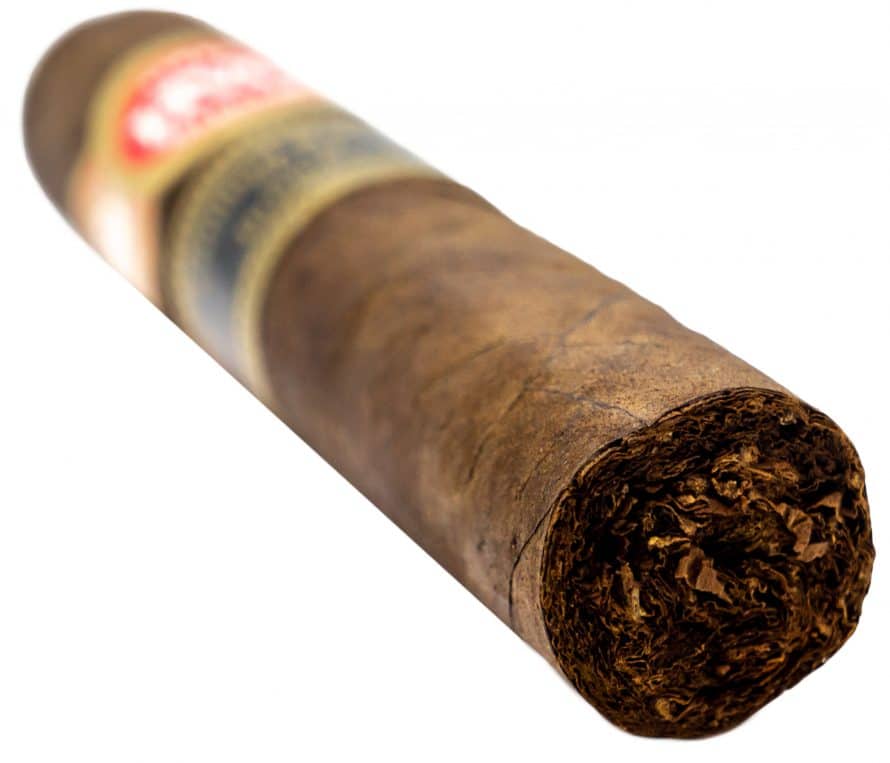 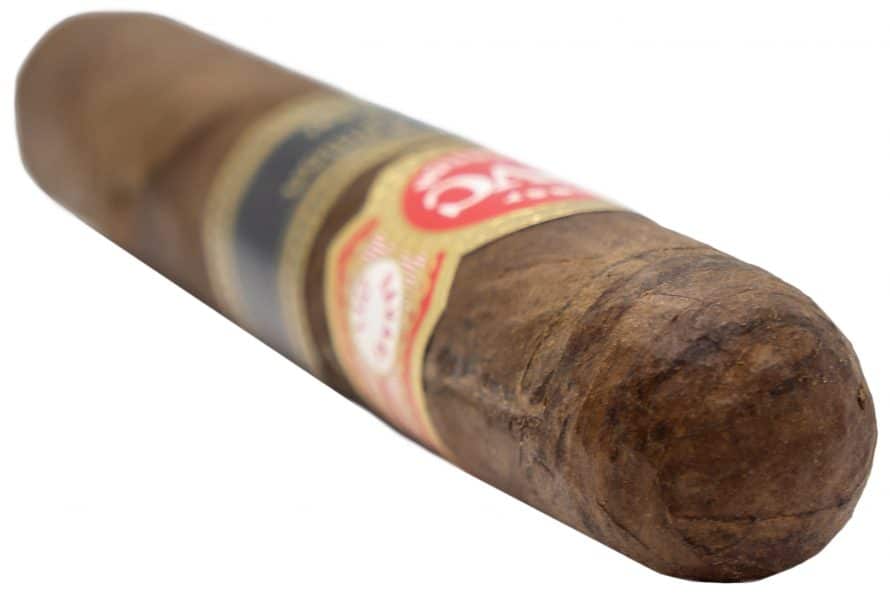 “Gorgeous fat Robusto. Rice round head, dark and oily with evident tooth. ” –John I. (John I.)

“Off the bat I am greeted with musky, earthy spices. The spice amplifies to medium level while more subtle flavors of graham crackers, black coffee, and cumin introduce themselves and remain until the end of this third.” –John A. (Bostoneo)

“The first-third is a rich dark coco and cream note. The is a very subtle white pepper and leather note that is lightly lingering on the back of the pallet. ” –Jeff (ExpendableYouth)

“The cigar is giving me the same flavors as in the first, but there is a bit of sweet tobacco sneaking in along with some marshmallow on the retro. ” –Mickey T. (irratebass)

“The second-third continues with the rich coco and brown sugar from the previous third and the pepper and leather note have really begun to develop now. The smoke output and draw have been really nice as well, and the ash is solid and clingy. ” –Jeff (ExpendableYouth)

“The final third sees a return to earthy spices along with new flavors of butter coffee, and damp leather. Towards the very end

the bitterness subsides and a transition into spice, dark chocolate and graham crackers carries til the end. ” –John A. (Bostoneo)

“The pepper has finally built up in this third and it is considerably spicier than in the previous thirds. The coco and brown sugar are still present providing a nice counter balance, as well as the leather and a subtle hay note. ” –Jeff (ExpendableYouth)

“The draw was perfect from start to finish with just the right amount of resistance. ” –Jeff (ExpendableYouth)

“Nice consistent burn. Ash likely would have held easily to the mid point. ” –John I. (John I.)

“Not bad, but not an experience I’d look to repeat. The overall mineral flavor is certainly not in my wheelhouse. Biggest issue I took with this is that it smelled really sweet, and certainly looked like it would offer a nice chocolate bar kind of experience, but it just wasn’t that. ” –John I. (John I.)

“This was a pretty tasty Cigar! The few transitions that happened were quite enjoyable, however not overly complex. I could see this as a very budget friendly smoke that one could enjoy anytime of the day as it has plenty of flavor to satisfy. Defiantly something to keep on hand when you don’t know what you are craving… I only wish that it lasted longer as it seemed this one was a quicky at only 50 minutes. ” –John A. (Bostoneo)

“This cigar was just ok for me. There was plenty going on there to hold my attention, but it just didn’t wow me. I’m interested to know what this is, because I would like to try it again. It never got above mild – medium in strength. Lots of sweetness and some interesting floral and marshmallow on the retro hale.” –Mickey T. (irratebass)

“I really enjoyed this cigar. It had just enough transitions to keep me interested and just kept getting better as I went along. There was a lot of creamy coco, brown sugar, leather, hay, and woodiness notes that all worked together in a really nice way. I would suggest trying one for yourself. ” –Jeff (ExpendableYouth)

Blind Cigar Review: HVC | First Selection Limited Edition 2018 Broadleaf Short Robusto
Summary
"I really enjoyed this cigar. It had just enough transitions to keep me interested and just kept getting better as I went along. There was a lot of creamy coco, brown sugar, leather, hay, and woodiness notes that all worked together in a really nice way. I would suggest trying one for yourself. " -Jeff (ExpendableYouth)
Appearance
88
Aroma
92
First Third
89
Second Third
88
Final Third
89
Draw
95
Burn
93
Construction
94
Overall Experience
89
90
Very Good