General Cigar announced a new line for the Hoyo de Monterrey brand today, Epicure Selección. Hoyo de Monterrey Epicure Selección is three cigar collection honoring Honduras, the country that has been producing Hoyo cigars for 50 years. The design of the bands, boxes, and cigar itself celebrate the tradition of Honduran cigars and Honduran tobacco that began in the 1950s when the Villazon Cigar Factory was built. 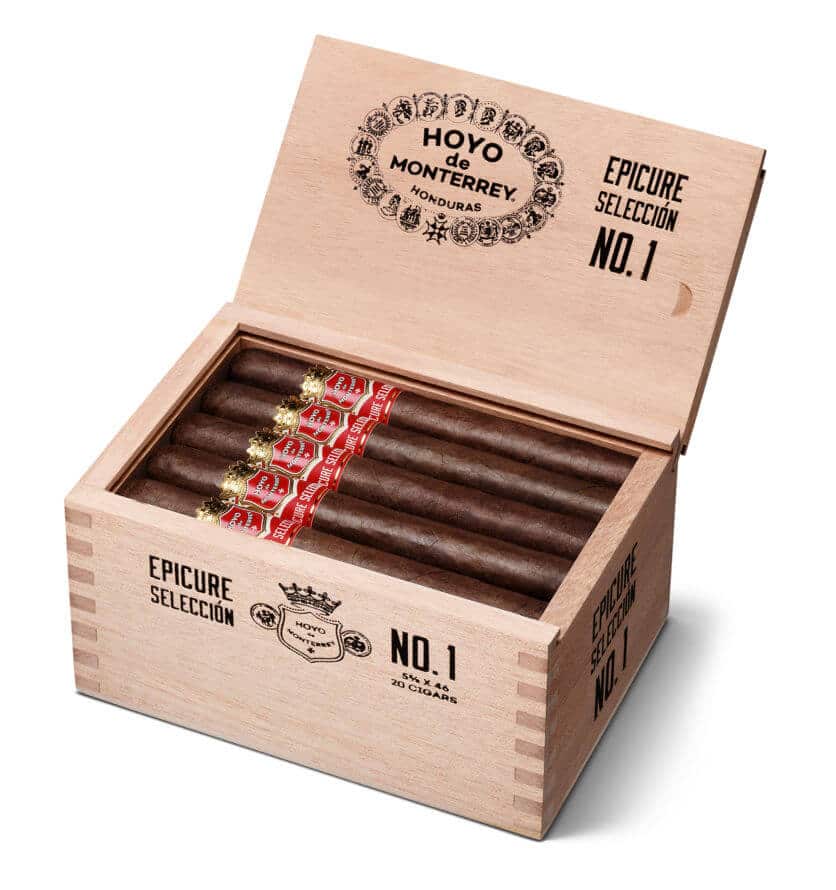 The blend is a Honduran puro using Cuban seed wrapper, binder and filler tobaccos. The experience is described as medium-full with peppery and earthy notes, and striking complexity.