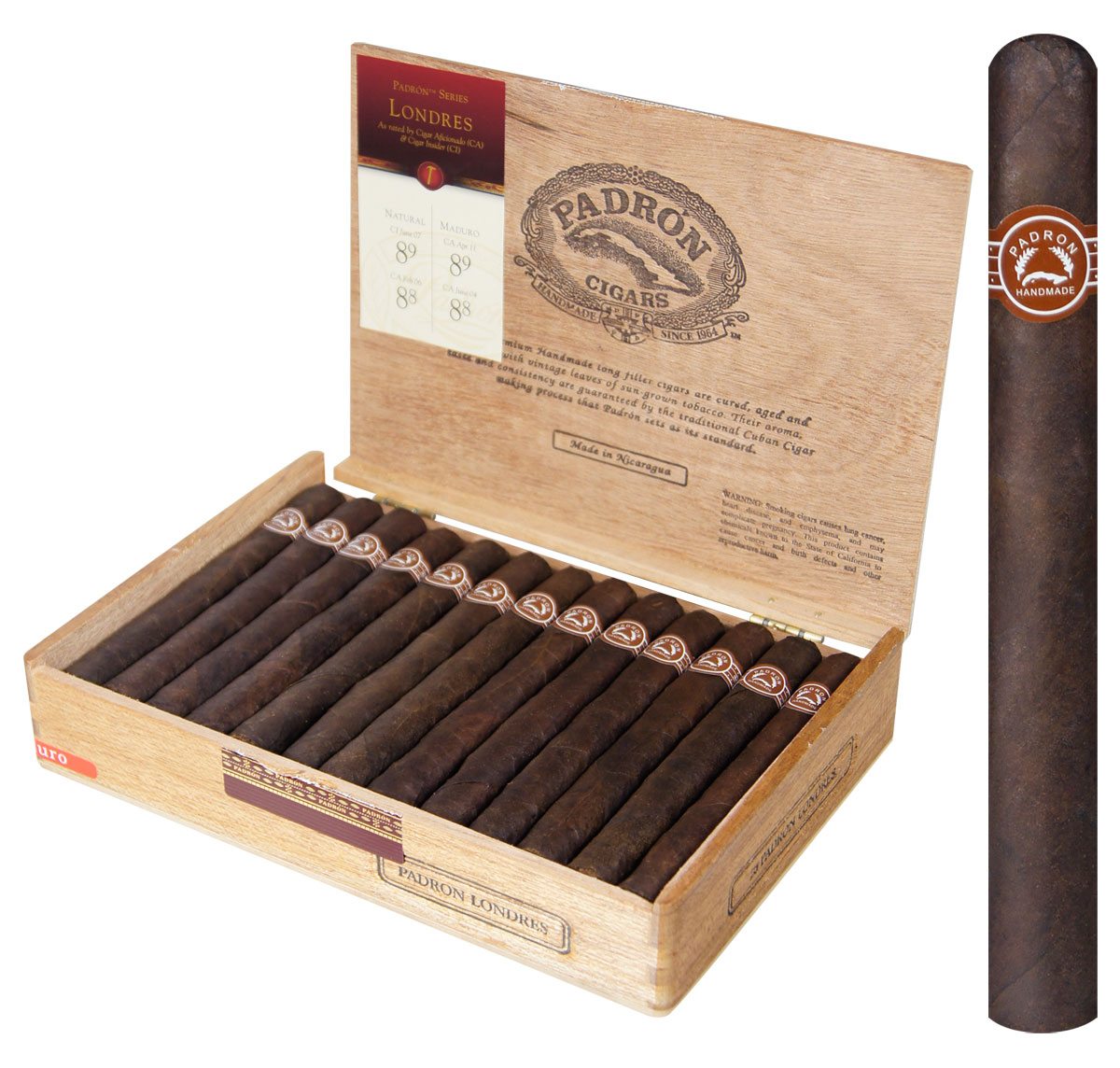 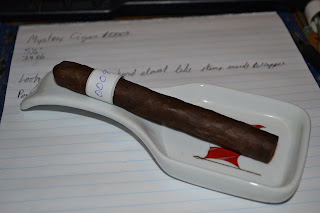 “This cigar has a very toothy wrapper, possibly one of the toothiest I’ve ever smoked. Seams are visible, and gaps are visible in several places. The stick is fairly well packed, in what appears to be a very slight box press, though it is visibly lumpy under the wrapper. This particular cigar also features a very sloppy single cap. This one might be the ugliest cigar in the first round!” –Derek (lilninjabuddy)

“Leather and spicy wood aroma.” –Ron (shuckins)
“What it lacks in appearance, it makes up for in the pre-light aroma. Smells of hay, wood, leather, barnyard, milk chocolate and red pepper.” –Derek (lilninjabuddy)

“Pretty poorly constructed, looks like it could be a seconds cigar, feels like there are stems under the wrapper, cap is uneven and small.” –Craig (WyldKnyght) 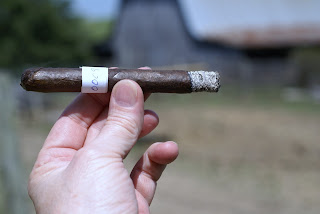 “Initially hit with a harshness to start off.  After the harshness fades, tobacco, leather and wood dominate. I’m also picking up undertones of toffee and chocolate” –Jason (bigslowrock)
“Peppery with woodsy tobacco on light up. After a few puffs a little coffee and light leather flavors came through, and the pepper eased off a bit.” –Ron (shuckins) 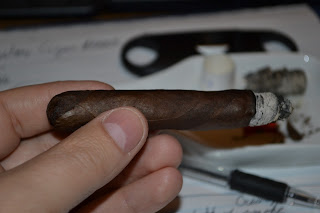 “Spice mellowed out a bit and wood and leather set in, think there’s some cocoa in there somewhere.” –Ian (Sp@rky426)
“Second third is much the same. Creamy chocolate and baking spices. Almost like a cinnamon chocolate cake, with leather and cedar rounding out the flavors nicely. At the halfway point, the rich chocolate transitions to a lighter cocoa, though still creamy, almost like chocolate milk. The spices have receded into the background, though the cinnamon and cloves are still noticeable. Wood is almost non existent on the draw but quite prominent on the retrohale.” –Derek (lilninjabuddy) 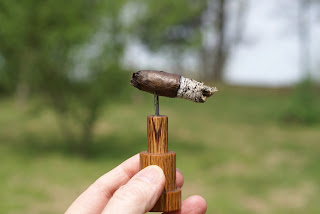 “More of the same flavor and complexity, lots of spice and harshness.” –Craig (WyldKnyght)
“Feel a dose of the vitamin N setting in. This thing reminds me of a go to of mine just a little more ragged and unrefined. Spice is barely there now with all the earthiness, wood leather and cocoa on the forefront.” –Ian (Sp@rky426) 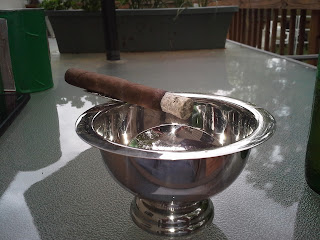 “Draw is a bit open for my tastes.” –Jason (bigslowrock)
“Never a problem with the draw, enjoyed all the smoke it produced.” –Ron (shuckins)

“Not a category I was expecting to praise this stick in, but it burned razor sharp, never needed a touch up. I could let it rest for a full minute and it would not skip a beat, which usually doesn’t happen with such a small ring gauge.” –Derek (lilninjabuddy)

“Perhaps it’s because I went in with very low expectations, but this cigar surprised me. It wasn’t a great stick, but it was very, very good. I ordinarily don’t like quite so much spice (baking spices like cinnamon and cloves) in the profile, and because of that I don’t know if I would purchase many of these myself, but I did thoroughly enjoy the experience and would recommend the stick without hesitation.” –Derek (lilninjabuddy)
“I enjoyed the cigar, but would have liked a couple of different flavor changes to keep me excited.”-Ron (shuckins)
“Assuming this is a budget smoke, I could see this as a decent yard gar or daily smoker for someone that enjoys this flavor profile.  I wouldn’t go out of my way to smoke another one.” –Jason (bigslowrock)