The new look includes a much bigger vertically-situated band saying”MAXX.” There are five sizes for the line: Culture (6 x 54), Fix (5 x 58), Freak (6 3/8 x 60), Nano (4 x 46) and Super Freak (8 1/2 x 60). MAXX is made by Plasencia in Honduras. It utilizes a Nicaraguan wrapper, Costa Rican binder and Colombia, Honduran, Mexican and Nicaraguan filler. MAXX was introduced at the 2015 IPCPR Convention and Trade Show in New Orleans, LA.

“Nice looking medium-brown wrapper with a few medium sized veins and slightly velvety, non-oily, wrapper. There is a well applied double cap and the cigar feels firm to the touch with no soft spots.” –Alan (Eulogy)

“Lots of cocoa aroma off of this cigar. Smells wonderful.” –Wes (SosaCub4Life) 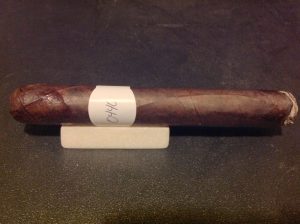 “My initial impressions are of chocolate, some nuttiness, and coffee. There is quite a bit of pepper as well and has a surprising amount of power and nicotine to it.” –Jeff (ExpendableYouth)

“The cigar started with rich notes of tobacco, but the initial boldness quickly faded. There still are mild tobacco notes with a slightly burnt black coffee flavor. The retrohale has a nice heavy cream and pepper that really complements the overall profile.” –Alan (Eulogy) 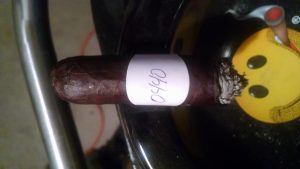 “The cigar is still nice and creamy and sweet, but now there is definitely more spice in the mix. The peppery spice continues to pick up as the smoke goes on especially on the retro, but then also just throughout the smoke as well. The draw has been a bit tight but has not caused any issues. The ash held on amazing before it finally dropped off.” –Wes (SosaCub4Life) 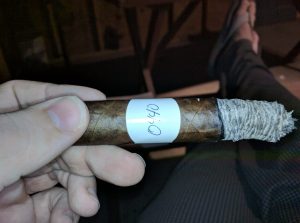 “The final-third has still has quite a bit of power, but the cigar has a really great flavor. It has a creamy sweet dark chocolate, nuttiness, and some semi-bitter espresso. The whole flavor profile works really well together.” –Jeff (ExpendableYouth)

“There is an added gram cracker sweetness that comes in intermittently now. The core flavors of tobacco, coffee, and pepper are still there, but it does add a nice dimension to the overall profile and keeps it from getting monotonous.” –Alan (Eulogy)

“The draw was just a little too tight, but it in no way effected the overall enjoyment of the cigar.” –Alan (Eulogy)

“The burn was excellent and kept a nice clean circle during the smoke.” –Wes (SosaCub4Life)

“No construction issues to speak of.” –Jeff (ExpendableYouth)

“A really enjoyable smoke the entire way through. It reminded me of a fresh Anejo, or La Palina Maduro. I would definitely recommend enjoying this as a morning smoke with a nice cup of coffee.” –Jeff (ExpendableYouth)

“While not a cigar to brag about, I found it to be pleasant and enjoyable. The flavors were smooth for the most part with a nice consistent black licorice flavor. There were hints of pepper and some spices but mainly the licorice flavors. I was a bit disappointed with the bitter tastes during the final third but they were not so bad that I wanted to quit early. I see this as a nice cigar to pair with an espresso or latte coffee. Maybe even a cup of regular coffee in the morning.” –Eric (smalls29)

“I had a lot of high expectations going into this cigar. The look was very nice and clean. The cigar thou was very disappointing. Unsmokable from the beginning, the cigar was completely plugged and would not loosen up one bit. I have a strong assumption that this was one of those fluke incidents, because the cigar itself seemed well-made. Hopefully, my fellow reviewers got to thoroughly enjoy this stick. Such a bummer for me.” –Steve (ThaGreatWazoo)

“I did really enjoy this cigar, it was more on the milder side but quite enjoyable. I would smoke this again, but probably not with others who are smoking bolder cigars, as I think this would drown out the flavors.” –Alan (Eulogy)

“Overall this was a very good smoke. I loved how it transitioned throughout from starting as a more smooth, creamy sweetness slowing into more of a strong peppery spice. It definitely kept your attention throughout the smoke and just got better as it went on.” –Wes (SosaCub4Life)

Hand Rolled: A Film About Cigars to Be Made Public for Free via YouTube – Cigar News