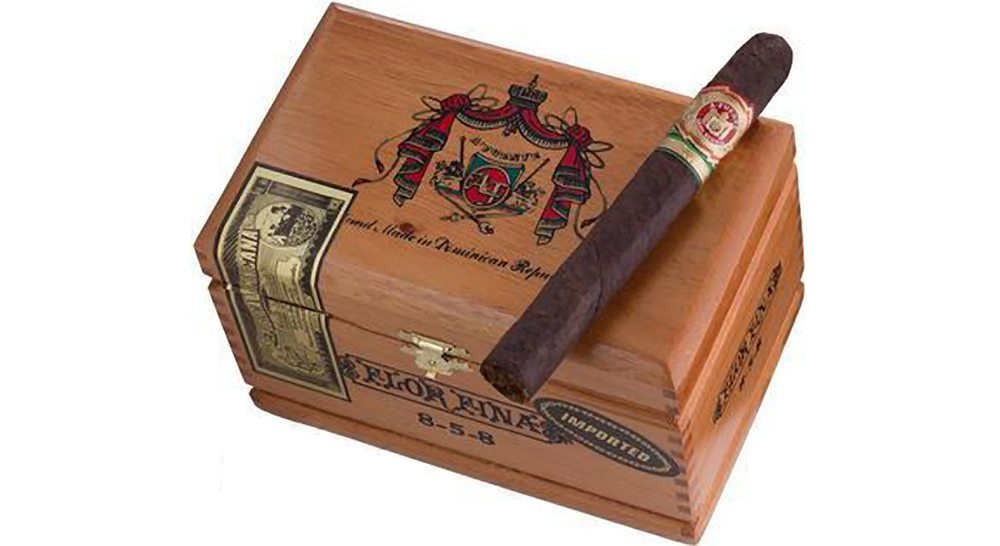 “This cigar is an ugly one. It had a very dry appearance. The wrapper has a heavy marble color that was a mix of black and a dark chocolate brown. On top of that, there is glue stains in various spots and noticeable blemishes such as standout veins and wrinkles in the wrapper. At first glance, it reminded me of the Broadleaf Fuentes or the Padron X000 series. It even has the sloppy single cap.” –Will (Dubv23)

“Mild scent of tobacco with some hints of cocoa, coffee and hay.” –Craig (WyldKnyght)

“Sloppy single cap tops off a wrapper with glue noticeable at spots all over. The cigar is both unevenly packed, and quite crooked to boot. Seams are very apparent, and there are a few holes in the wrapper.” –Derek (StogieNinja)

“Starting off with a bit of a pepper blast. After progressing into the third, I’m getting just an insane amount of spiciness. Its dominated by cinnamon with some light sweetness and nutmeg. I’m also picking up some leather and a flavor that I can’t quite put my finger on. A very enjoyable third.” –Jason (bigslowrock)

“Initial flavors were some pepper that was not overbearing, old wood and harsh tobacco. A little bit of a sweetness at times. Pretty dang bold first third with lots and lots of smoke to chew on!” –Robert (NavyPiper)

“Not quite up to the standard set by the first third, but still a nice spice flavor dominating. I would describe it as a mildy sweet gingerbread.” –Jason (bigslowrock)

“Flavors transitioned but maintained the edgy un-balanced quality. The second third provided an array of pepper, spice, dark coffee and earthiness. I liked it but wish it was a smoother experience.” –Will (Dubv23)

“Coffee, pepper and earth were still present but a slight bitterness came through and amplified the pepper quality quite a bit. It was still a decent offering of flavors but I would have much rather done without the amplified spice as it overshadowed the rest of the cigar and lingered on the palate.” –Will (Dubv23)

“Similar dark flavors -wood, raisin/dark cherry sweetness, espresso and coffee beans, dark chocolate- finish the cigar. Unfortunately, the roughness grows a bit stronger at the very end, and while I enjoy it to the nub, it’s not one I have to nub.” –Derek (StogieNinja)

“The draw was good and free flowing. Each puff produced an ample amount of smoke providing consistent flavor and performance.” –Will (Dubv23)

“Burn was perfect for the first third, never wandered, never got harsh, and consistently put off thick, delicious smoke. Burn began to wander a bit in the second half, but always self corrected. Ash held for about an inch at a time.” –Derek (StogieNinja)

“If the outside of this cigar wasn’t such a hot mess, I think I would have this cigar in the great range. It’s a nice little spice bomb. I would recommend it in a second to people that like that flavor profile.” –Jason (bigslowrock)

“Overall, wow, well things didn’t start off so good, especially after checking out the appearance, construction, draw issues and the very bold first third. But after getting through the initial issues and into the 2nd third through the end, it was nice. Not sure if I’d go look for more, but it’s all about learning new things and growing right?” –Robert (NavyPiper)

“This cigar was okay. There was nothing special about it or the flavor. Thankfully the flavor was not as bad as the appearance but they were dropped on the palate all at the same time and at times made it difficult to detect the nuances in the individual flavors. This one could be a cigar for the masses and would be enjoyed by many but for me it was nothing memorable.” –Will (Dubv23)

“Overall I’d say this was a good cigar, with not much complexity, good for a newbie cigar smoker.” –Craig (WyldKnyght)

“A very good stick that will appeal only to a particular kind of cigar smoker. It’s not beautiful and refined, it’s rustic and has character flaws. And you’ll love it for them. This isn’t a stick who keeps company with Padrón Anniversaries, or Liga Privadas, it’s the kind of stick that would hang out with a rougher crowd, like the Diesel Unholy Cocktail or the AJ Fernandez Signature Maduro. If you like those, you’ll love this.” –Derek (StogieNinja)