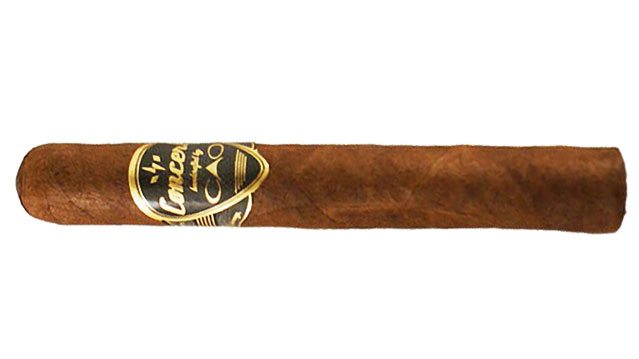 “Not many flavors are apparent, maybe a slight barn yard kind of aroma. Some damp hay and grass. Dry puff is very similar and very bland. No pepper at all to speak of and no sweet flavors are there.” –Sandeep

“Cigar was firm with very little give. Felt well rolled and packed. Once cut, it had a nice draw despite the firm and full feel.” –Will (Dubv23)

“Smoke starts out very dry with leather and a slight woodiness being the dominant flavors. There’s some pepper on the finish, which lasts for about 30 seconds. Flavors are not very strong but interesting and pretty enjoyable. On alternating draws I’m getting leather and cedar as the dominant flavor with the pepper present but softening on the finish. Smoke is still very dry, keeping my mouth and tongue pretty puckered-up.”  –Brian (B-daddy)

“Nice simple profile that consists of tobacco, earth and spice. The profile was dry on the palate but did leave a nice spice aftertaste.” –Will (Dubv23)

“For the most part the flavors are pretty much the same as the previous third, except for the faint spice which has totally disappeared. Bitterness is still present, and a harsh, strong tobacco flavor slowly began to come in and slowly grow in intensity.” –Robert (NavyPiper)

“As the cigar transitions into the second third, it deliveries a nice creaminess to the smoke. I’m also still getting the cedar with some toasted marshmallows. Unfortunately, I’m starting to get a touch of harshness too.” –Jason (bigslowrock)

“Toasted wood becomes the dominant flavor in the final third. A bit of leather and pepper remain only on the finish. Finish is pretty long. I find I’ve got flavors on my palate nearly constantly, lasting from draw to draw. Flavor is OK. Never gets hot or mushy; firm through the nub.” –Brian (B-daddy)

“The cigar flavors lighten again leaving me a bit underwhelmed. I’m getting the light cream, sweetness and cedar as before. I’m also picking up just the lightest green tea.” –Jason (bigslowrock)

“I like a loose draw, so it’s hard to mark it down. But this one might have been a touch too loose, even for me.” –Brian (B-daddy)

“Almost perfect. Razor sharp from start to finish; even with the cracks in the wrapper.” –Brian (B-daddy)

“The cigar is very one sided with mostly pepper and hay and some woodsy flavors throughout the length. If there were a little more change it would have scored higher. Not a bad cigar but not a great one either. Great burn with volumes of thick creamy smoke with a solid ash that holds well for more than 2 inches.” –Sandeep (Djangos)

“The cigar’s performance was great but the flavors were just OK. Nothing really unappealing but not a whole lot of depth or complexity. If this is a $2 cigar, it’s passable, but if it’s a pricier stick, there are many out there with a more appealing flavor profile.” –Brian (B-daddy)

“Overall, it was an ok smoke. Had some decent flavors, but I didn’t much care for the harshness and bitterness, but hey, that’s just me.” –Robert (NavyPiper)

“The flavors just weren’t pronounced enough for me, plus the construction on my cigar left a lot to be desired. I would smoke again, but probably would not purchase one.” –Jason (bigslowrock)

“This was a good smoke that was not overpowering nor underwhelming. The core flavors were pleasing and would satisfy any smoker I believe. The cigar required minimal supervision which was a plus. I would say it is worth a shot.” –Will (Dubv23)