General Cigar released a new CAO at this year’s IPCPR show, CAO Nicaragua. The cigar gets its name from the fillers in the cigar that all come from Nicaragua, specifically Condega, Estelí and Jalapa. The wrapper comes from Honduras in the Jamastran Valley the binder comes from there as well. 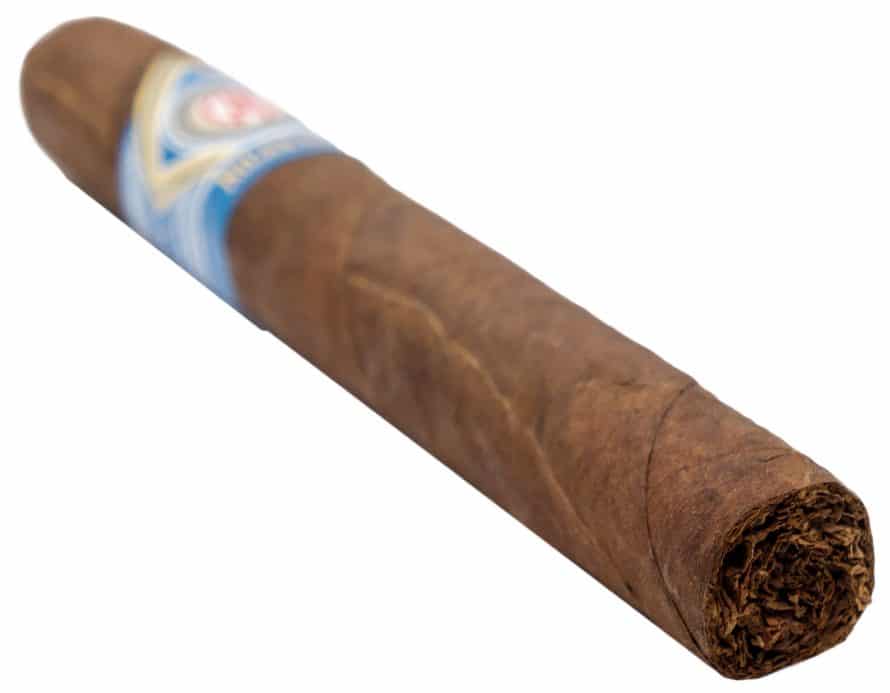 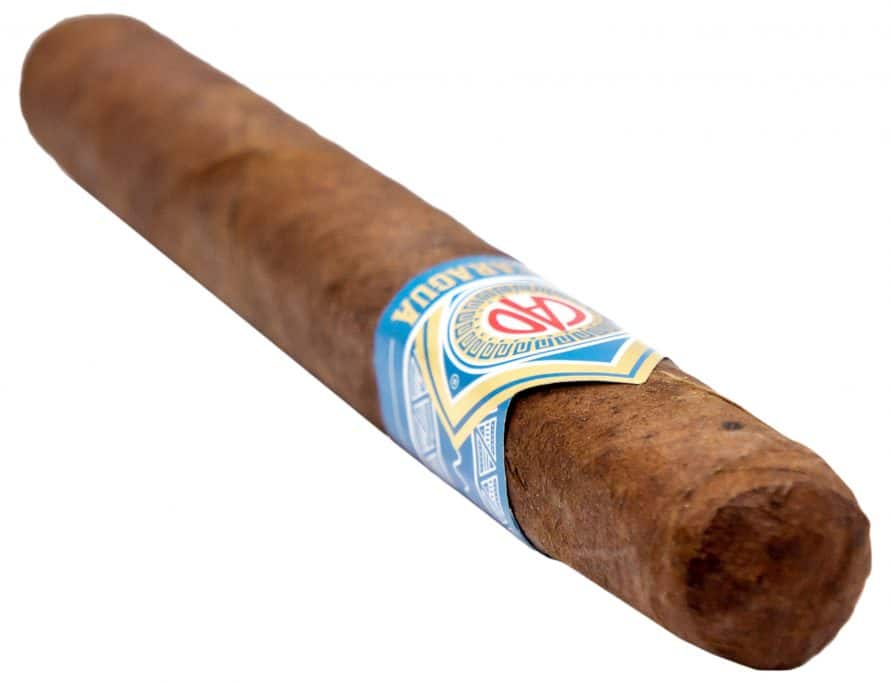 “Chocolate brown wrapper with slight veining and not noticeable seams. There was a chunk of the wrapper missing in the middle of my sample. Hopefully it will not effect the stick.” –Matt H. (Mattehh)

“The cigar has the aroma of musty leather. Cocoa and cedar were present as well on the wrapper. On the foot there was a sweet almost bubble gum smell.” –Matt H. (Mattehh)

“The flavors on this sample are really interesting from the first puff. I’m getting mildly spicy leather and cream, coupled with white pepper through the nose. The smoke is light but flavorful and the flavors last about 20 seconds or so after the exhale.” –Jason H. (Jokey Smurf)

“The cigar started out with a woody tobacco note. Every now and then I could taste a licorice flavor. The flavors had a quick finish. There was a weird vegetal flavor that popped up. It haven’t distracted from the other flavors yet. The retrohale was smooth and had no spice. I was having a hard time keeping it lit. Just kept wanting to go out.” –Matt H. (Mattehh)

“Going into the second third the cigar as mellowed out. It is retaining the flavors that were there in the first third but they seem more muted. The cigar is very smooth and has a nice creaminess to it. A smokey flavor has been there from the beginning and it adds to the earthiness of this cigar. I am picking up a very slight floral note that isn’t sweet as much as it is leafy but it does add an interesting dimension to the smoking experience.” –Diana (ArmyRN)

“The second portion of this cigar has continued to be creamy with a hint of leather. Through the nose the smoke has maintained the light white pepper note and is leaving me with a pleasant sweet aroma that is really nice. ” –Jason H. (Jokey Smurf)

“The final third amps up just a bit. It is still smooth but the flavors are more intense although blended well with no flavor standing out more than the others. The floral notes are more noticeable to me now and it gives the cigar a hint of leafy sweetness. The coffee, cocoa and hint of leather mix nicely to give this cigar a very nice balance and flavor profile.” –Diana (ArmyRN)

“The final third has developed a change…the creaminess has faded and the strength increased along with the addition of black pepper and some deep earth notes. Through the nose the smoke has intensified as well as the white pepper has transitioned into black pepper and leaves my sinuses tingling with each retrohale. As a fan of fuller bodied cigars this has transitioned into a stick that is fully in my wheelhouse. ” –Jason H. (Jokey Smurf)

“I used a deep v cut for this cigar. The draw was very good. The draw was not tight at all but not sloppy. I was able to pull an abundant amount of smoke with each puff but not so much that the cigar was hot.” –Diana (ArmyRN)

“There were no burn issues other than a double crack that occurred going into the second third. I didn’t touch it up and instead let the cigar burn through the crack and lift which corrected itself as the cigar progressed. The ash was light and dropped twice as I was smoking it without much movement going on.” –Diana (ArmyRN)

“This was really a prime example of a premium rolled cigar. The appearance was quite nice, the burn and draw nearly perfect, and the blend excellent. Adding in the fact that the ash was never a concern makes this an excellently constructed cigar.” –Jason H. (Jokey Smurf)

“This cigar offered full flavors with little distraction. I found this not to be a cigar to get lost in, but rather a satisfying cigar to have while getting lost in something else.” –Isaac M. (The Nothing)

“This is a cigar I would smoke any day. If you are looking for a nicely flavored cigar without any pepper this would be a great smoke. The earthiness along with the smooth and creamy profile was very pleasant. There was a great blend of coffee, cocoa, hint of leather, baking spices and leafy floral. I really enjoyed this and recommend this cigar for any level of cigar smoker. ” –Diana (ArmyRN)

“This really a nice cigar from beginning to end. The aroma was interesting, the flavors excellent, and the performance was superb. I’m really interested in knowing what this cigar is so I can run out and purchase more!” –Jason H. (Jokey Smurf)

“The cigar started out fine and I thought it was going great. Multiple relights and construction issues attributed to the final thirds not doing so good. I pitched the cigar at where the band would sit.” –Matt H. (Mattehh)

“To be honest this cigar had several issues from construction and draw. However, even with those issues I could tell this cigar has a lot of potential. I got some amazing flavors at times. The cigar had a really nicely balance of sweetness and black pepper. I think because of the draw and construction issues I got the harsh and bitter flavors at the end. With that said I would give this cigar another shot.” –Daniel S. (Daniel S.)

Blind Cigar Review: CAO | Nicaragua Granada
Summary
"This is a cigar I would smoke any day. If you are looking for a nicely flavored cigar without any pepper this would be a great smoke. The earthiness along with the smooth and creamy profile was very pleasant. There was a great blend of coffee, cocoa, hint of leather, baking spices and leafy floral. I really enjoyed this and recommend this cigar for any level of cigar smoker. " -Diana (ArmyRN)
Appearance
88
Aroma
90
First Third
91
Second Third
88
Final Third
89
Draw
90
Burn
93
Construction
91
Overall Experience
91
90
Very Good