The four new Vault Blends for Toraño were released in May 2016, but were all General Cigar Company at the 2016 IPCPR Trade Show along with their new Exodus line that launched at the show

Toraño Vault was a line launched by Toraño Family Cigars in 2011 under the “Blends from the Vault” moniker. The story behind this line actually dates back to 1982 when Carlos Toraño started a cigar blend book that logged all of the blends since 1982 worked on by company. This book was literally kept under lock and key in a safety deposit box (i.e. “Vault”). The purpose of “Blends from the Vault” series was to revisit some of these blends, tweak them, and see if they can come to reality. Under Toraño Family Cigars, there were three vault releases:Toraño Vault A-008 , Toraño Vault D-042, and Toraño Vault VLE100.

Since acquiring the Toraño brands, General Cigar has made a decision to carry forward this line and it recently introduced four new blends – two for brick and mortar and two for internet catalog. It was the brick and mortar blends that were showcased at IPCPR.

“Robusto sized with a dark chocolaty wrapper with a bumpy and uneven surface. There are some veins that are prominent both to feel and see. There are two well applied caps and one of the caps is slightly lighter than the other. No other major blemishes on the surface.” -Sandeep (Djangos)

“I don’t get a blast of aroma from this cigar before lighting it. The hints of flavor that are present mostly are coffee and cedar from the foot. The outer wrapper has a bit of a hay aroma with some spice.” –Matthew T. (A Huge Nerd) 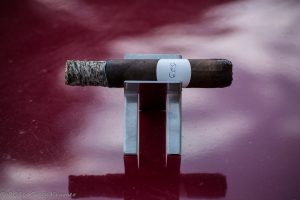 “As soon as the fire hit this cigar it was throwing plenty of rich smoke. The flavors on each draw were filled with notes of coffee and raisin sweetness. The smoke had a depth and full texture that was very pleasant. Each draw had a finish that was dry on the palate with some leather and mineral characteristics.” –Matthew T. (A Huge Nerd)

“The first third had a good mix of spice and sweetness. There was some strong peppery spice in many spots but also it was accompanied by some nice sweet notes of cocoa as well. The smoke output was outstanding.” -Wes (SosaCub4Life) 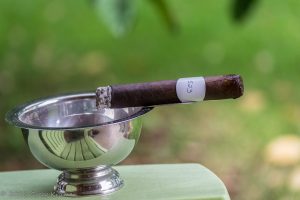 “With the confusion of the first third behind me, I’m treated to a mellower cedar with some nuttiness on the finish. A little burnt sugar and leather develop in the background. The balance of flavors is off a bit, but still provides a decent profile.” -Gregg (McGreggor57)

“The 2nd third the strong pepper spice continued, which I enjoyed. There was less sweetness. The cigar continues to burn great and produce tons of smoke. Very enjoyable so far.” -Wes (SosaCub4Life) 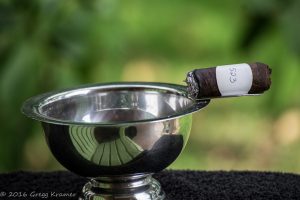 “I always say that I love when the strength kicks up and this one did a little bit. That was a nice addition to the subtle profile. A few notes did join the profile in the end, including cocoa and a little kick of black pepper. Not a complex finish, but still a solid profile.” –Matthew T. (A Huge Nerd)

“Towards the final third, the heat began to really pickup. A slight char was developing and really hindered the cigar. The burn was out of place and the experience for me was coming to a quick end.” -Steve (ThaGreatWazoo)

“The draw on this cigar was right in my wheelhouse.” -Gregg (McGreggor57)

“A very strong ash and plenty of smoke, although the burn-line drifted a bit.” -Gregg (McGreggor57)

“From the look of the foot I could tell this one was well built. As I said earlier, it was a rustic look but without being sloppy. The even pack and well applied wrapper were beautiful and earthy at the same time.” –Matthew T. (A Huge Nerd)

“While I enjoyed the initial pepper I couldn’t get past the bookend chemical tastes of the first and final thirds. The middle offered a nice cedar and nuttiness combination with the addition of leather and caramel. The harshness at the end didn’t help the cause. Maybe some added rest would mellow the flavors, or maybe mine had some other issues. As it stands, I wouldn’t smoke another one.” -Gregg (McGreggor57)

“Transitions, complexity, nuance… It ain’t necessarily so with this cigar, but the flavor profile is solid and flavorful. Transitions don’t really come with this cigar but flavors are discernible and compatible. It is a good smoke for times when you want the good experience but don’t have to think hard about what the cigar is giving you.” –Matthew T. (A Huge Nerd)

“Could not smoke beyond the initial third because of the harshness and bitterness to the tongue. There was also no smoke production and the burn ended up tunneling through and making the experience a dismal one.” -Sandeep (Djangos)

“Overall this was a good cigar for me. It had some great pepper spice throughout. At the beginning there was more sweetness mixed in with the spice. Towards the end the spice stayed as the sweetness faded but it did become rather smooth and creamy.” -Wes (SosaCub4Life)

“This cigar never really achieved anything for me. Initially, I was excited about the overall look and richness, but the cigar was a little plugged and never produced full flavors. I could imagine this cigar being rich and full in stronger flavors, so overall I am disappointed.” -Steve (ThaGreatWazoo)