This review is the second in a series of c 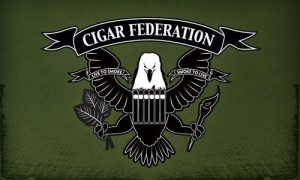 ollaboration reviews that we will be doing. We have invited cigar reviewers from other cigar review sites, podcasts, blogs, etc. to join the Blind Man’s Puff staff in doing some blind reviews using our format. If this initial series goes well, then we may reach out to even more sites to make these collaboration reviews a semi regular event. This second collaboration review is with the guys from Cigar Federation. Logan and Rob have a great site which consists of a forum, reviews, webcasts/podcast and much more. We highly recommend that you check it out. 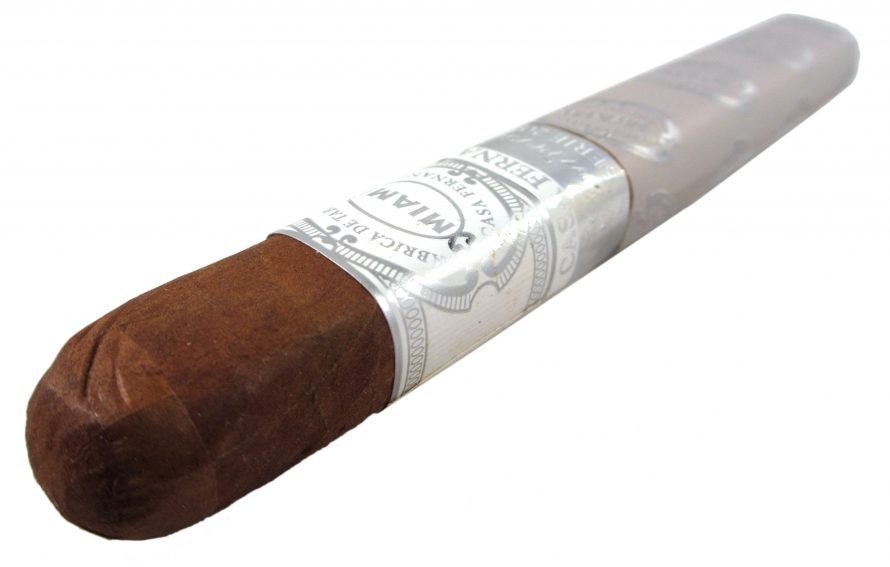 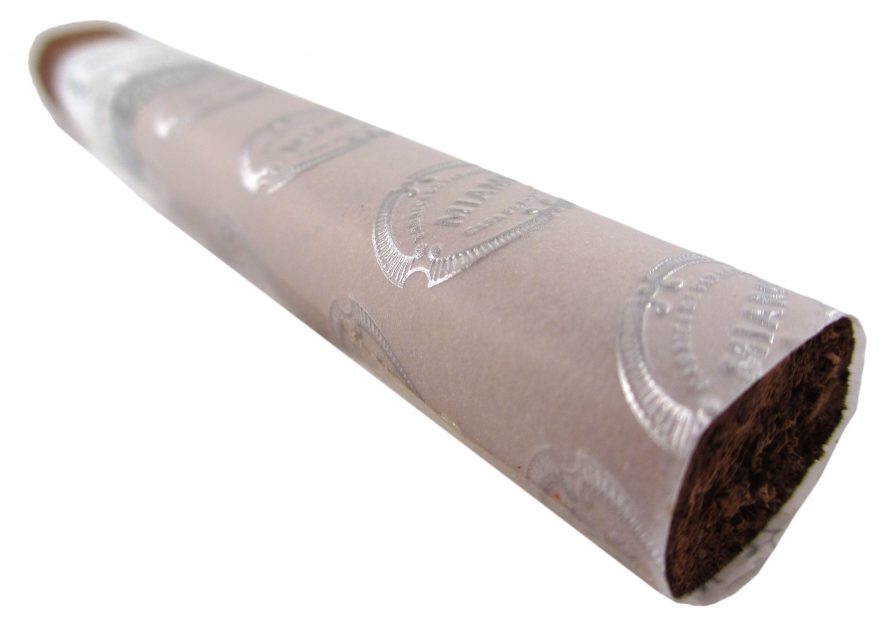 “This is a silky smooth, box pressed toro sized cigar with a vein free, somewhat wrinkly wrapper. It reminds me of a very well-known super premium cigar that always smokes extremely well but doesn’t always look perfect. I have to struggle to find a seam in the wrapper leaf, and the cap is well applied. The box press is slight, and the edges are more rounded than crisp.” –Jason H. (Jokey Smurf)

“The cigar doesn’t have a heavy aroma. I can can detect a faint cedar, nutmeg and sweet tobacco smell.” –Ron (shuckins)

“I didn’t get a ton of flavor outside of the overwhelming black pepper spice. I didn’t get a lot of complexity or balance. The bold pepper simply overpowered everything. There were some notes earth and some smokey flavors, but I really had to reach to find those. ” –Rob (Cigar Federation)

“The cigar started off with a little pop of pepper and a musty hay taste. After smoking for a few minutes, some of the mustiness faded as a light nutmeg and faint cedar flavors moved toward the front and blended with the pepper.” –Ron (shuckins)

“The second third was better, but wasn’t mind blowing. There was a solid amount of black pepper on the retrohale. There earth is still present, but the cigar has added notes of dried cherries. The oak is still dominant in the overall profile. The overall cigar was much more refined and smooth during this third.” –Logan (Cigar Federation)

“In the second third, there wasn’t any change flavor wise, other than the strength, which had a little increase. The burn started getting very wavy and the ash started getting real loose and flaky. No change in the draw, which has been great. Smoke output has increased a tiny bit, but it still pretty minimal.” –Robert (NavyPiper)

“The flavors definitely reached their peak in terms of strength in the final third. This part of the cigar was very sweet, almost like a candied apple. Several of the previous notes like earth, oak and black pepper were still present, but the sweetness dominated.” –Logan (Cigar Federation)

“Surprisingly the final third of this cigar lessened in its strength but maintained a delicious flavor bouquet. The intense creamy notes returned, along with the palate coating oils. I’m getting a rich cashew note, and a bit of allspice and brown sugar. Really a nice flavor to end this cigar on.

One interesting thing to note…I decided to do a purge and applied the flame while purging the cigar. I was greeted with the most magnificent flaming purge that I have ever experienced. As I gently blew through the cigar, I had an impressive blue flame that reminded me of a torch and lasted the better part of a minute. The flavors were never harsh, but smoothed even more after the purge, picking up the really smooth cream notes. Makes me think I need to do a purge like this more often if these are typical results. It made an enjoyable smoke even more delightful.” –Jason H. (Jokey Smurf)

“The draw was probably the best thing about this cigar.” –Rob (Cigar Federation)

“Burn was excellent throughout the entire cigar.” –Logan (Cigar Federation)

“I wasn’t overly impressed with the initial appearance of this cigar, but the burn performance proved to me that this cigar was well made. The ash was firm and the burn acceptable even. I was particularly impressed with the integrity of the cap as it didn’t unravel at all during the smoke…a particular pet peeve of mine! The superior draw, coupled with the burn performance is proof of a well made cigar!” –Jason H. (Jokey Smurf)

“This was an interesting cigar. It wasn’t the most complex cigar I have ever smoked, but it has its enjoyable moments. It built in favor, complexity and strength throughout the cigar which made it easy to pay attention to. Would I buy this cigar, I think it would depend on price point. It is a litter milder than I normally enjoy, but know there are some people who will enjoy it. I don’t know if people normally take a stab at what the cigar is they smoke during these blind reviews, but I am going to take a shot at it. I feel based on the press and the construction the cigar is made at Casa Fernandez. I wouldn’t bet my life on it, but I believe the cigar is the Dissident Bloc. I say this because the profile of the cigar is very similar, but the only thing not making me 100% sure is the size. I believe this cigar might be a little longer than the Dissident B_A, but I didn’t bust out a ruler to really find out.” –Logan (Cigar Federation)

“Overall, this was a bad experience for me. I am really hoping everyone else had a better go of it. There was little to no flavor with a bad burn. I really don’t have anything positive to say.” –Rob (Cigar Federation)

“The cigar did have some nice flavors, but didn’t have a lot of pop to it. It was gentle enough on the palate to make for a pleasant mid-morning smoke.” –Ron (shuckins)

“This was a damn good cigar that deserves a place in any aficionado’s humidor. The flavors are such that the cigar is good for any part of the day. The worry-free burn makes this delicious cigar even more enjoyable. Can’t wait to see what this is so I can pick up some more!” –Jason H. (Jokey Smurf)

“Overall, I didn’t care much for it. The mustiness wasn’t very exciting, and I didn’t really enjoy it, especially in the final third where it was the only flavor. The burn, the flaky loose ash, it just was pretty much a downer for me. Was mine a fluke, I don’t know, but I hope to hear it was. As it stands, I’d probably pass on another.” –Robert (NavyPiper)
–