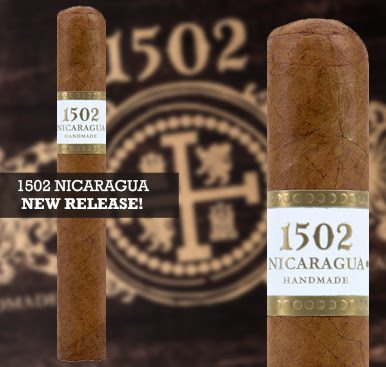 Nicaragua is one of only two countries in the world which can produce cigars entirely from their tobacco. The 1502 Nicaragua epitomizes this birthright, as it is made from tobacco from all four regions of Nicaragua: Esteli, Condega, Jalapa, Ometepe.

“This cigar was created for my newborn son. So that he never forgets his roots – 100% Nicaraguan,” said Enrique Sanchez, President of Global Premium Cigars.

The 1502 Nicaragua is packaged in a golden wrapper with a white band. It is a medium to medium-plus cigar that is stronger than the 1502 Line’s Emerald. The cigar will be available in the Robusto vitola, measuring 5 X 50, and in boxes of 30 cigars, box pressed. Retailers are urged to order them in time for their customers.

We recently reviewed the 1502 Emerald here, scoring a 93.