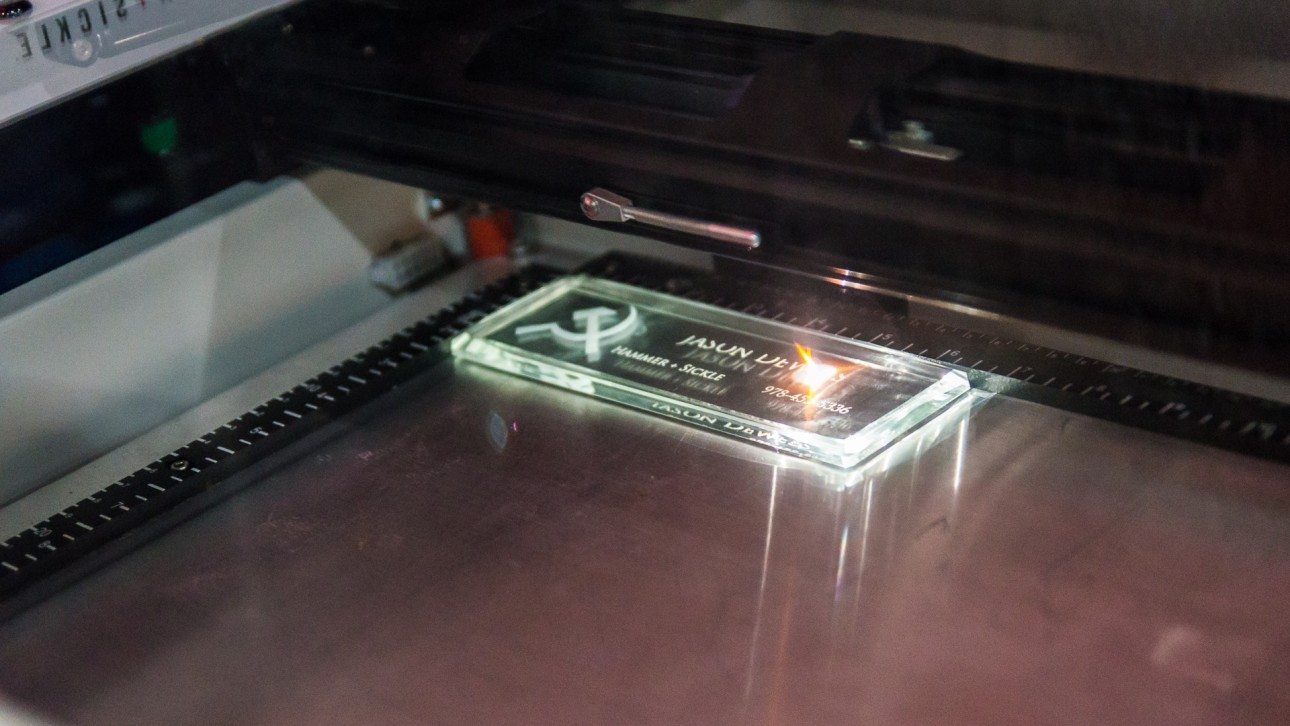 One of the first, and coolest things we saw at this years IPCPR show was custom laser engraving on cigar boxes from Hammer + Sickle. They made one for each of us, and the whole process takes around two minutes. This would make a VERY cool gift or conversation starter for you humidor. Check out the video to see it in action.

Check out their website here for info about ordering. Also be sure to check out of reviews of Hammer + Sickle Cigars.

From Hammer + Sickle Website: “While we believe our packaging is among the very best in the industry, we understand that you may want to personalize your cigars. That is the genesis for our Custom Program.”

The first known use of the Hammer + Sickle mark was in the early1800s. The mark was employed by many Russians as a symbol explaining the combination of industry and agriculture. The Hammer mark was used to represents the North of the country where the majority of Russian industry resided at the time. In contrast, the Sickle represented the South of country, where Russian agriculture is still based today. Together the mark represents the unity of a nation encompassing a cold Northern climate and warm Southern climate.