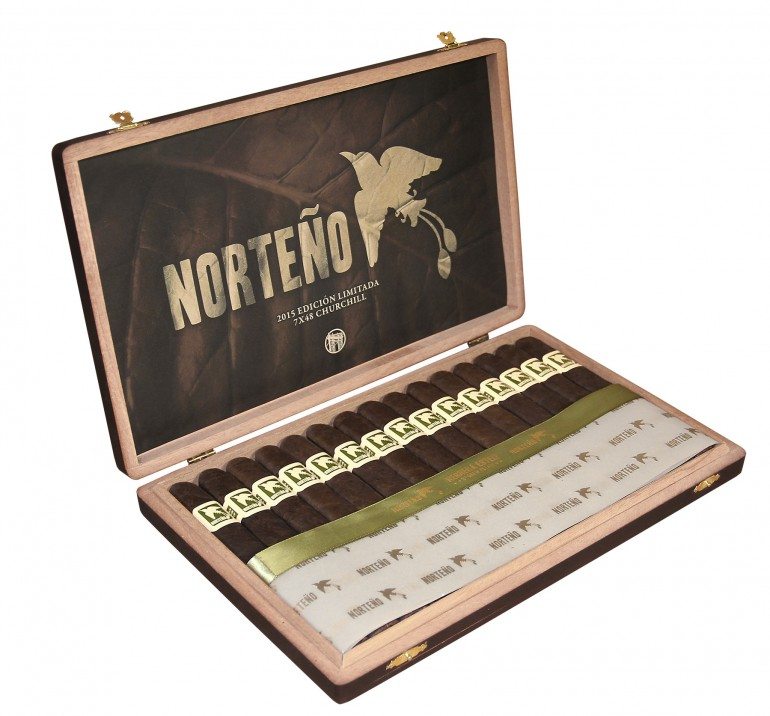 This new cigar was displayed in Drew Estate’s booth (Booth #15407) at the 2015 IPCPR Tradeshow in New Orleans, LA. This was one that all four of us were excited to try so we decided not to wait for a blind review, and tell you what we think right away.

The new Herrera Estelí Norteño Edicion Limitada will be presented in a 7×48 Parejo Prensado Churchill vitola and will be packaged in 15-count boxes. The “Norteño” blend showcases extensively aged tobaccos from the Estelí and Jalapa growing regions of Nicaragua, coupled with a spicy Honduran binder and a rich, bold Mexican San Andrés maduro wrapper. The MSRP will be $14.00, and the cigars will ship to Drew Diplomat Retailer Program stores beginning in September 2015.

Be sure to also check below the video for the summary of our scores and the overall score.

(This score is an average with outliers removed, in this case Jiunn’s score of 86 was outside the standard deviation so is not counted towards the score.)