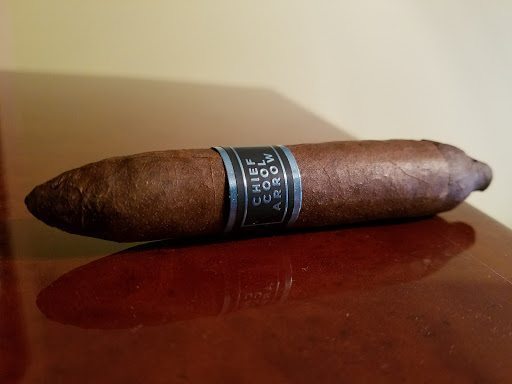 Chief Cool Arrow began shipping in July in the wake of making it’s introduction at the IPCPR trade show. This is the second addition in the Room 101’s Artist Collection Series. The line pays tribute to a space-bound Native American Indian who delivers retribution upon another of Matt Booth’s inventive image manifestations, the colonizing space traveler Johnny Tobacconaut.

“This is my representation, or interpretation rather, of the reversal of Manifest Destiny, played out on an intergalactic stage,” said Booth. “Johnny Tobacconaut goes into someone else’s land to take their natural resources. Johnny Tobacconaut then has his helmet torn from his space suit, he is scalped with a fine space blade and his glistening carcass is tossed out into the forever nothingness of space.”

Chief Cool Arrow includes a Mexican ligero wrapper and a corojo binder from Honduras. The filler comprises of ligero tobaccos from Pennsylvania and Estelí alongside some Piloto Cubano from the Dominican Republic. This is a change from a year ago’s Tobacconaut, which was almost all Nicaraguan. These limited edition stogies come in the same perfecto sizes as Tobacconaut: Fileokee, which measures 4 1/2″ by 52 ring gage; Ranflajo, 5 1/2″ by 50; and Chingonimo, 8″ by 60. Fileokee and Chingonimo are limited to 1,000 boxes each, while Ranflajo will have a somewhat bigger run of 1,500. The stogies retail from $12.50 to $14.50 per stick. Chief Cool Arrow is rolled at Davidoff’s factory in Danlí, Honduras (AgroIndustrias Laepe S.A.), where most Room101 cigars are made, and is distributed by Davidoff Cigars. 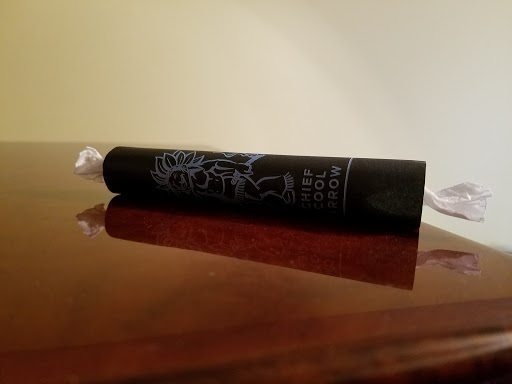 The vitola I smoked for this review is called the “Filerokee” which is the smallest size offered in this blend. The cigar uses some of the same branding and packaging that has made Room 101 stand out in the last couple of years. Wrapped in tissue and presented in a black paper tube with the logo presented in nice cool blue color. Removing the cigar from the tube and tissue paper reveals a beautiful small figurado cigar. The color is an even medium brown with no color splotches and a nice oil sheen on the wrapper. The texture of the wrapper leaf is toothy but not aggressive. The foil-stamped band evokes a playful nature, while still looking classy and elegant. The aroma from the wrapper is like cinnamon toast that was stored in a cedar chest. The cold draw is far less sweet, with notes of barnyard and church basement. 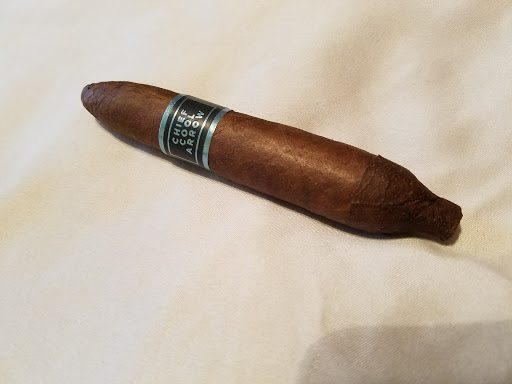 Not surprisingly, the first few draws were tight, due to the nipple shape at the foot. This opened up very quickly into big smoke output from each puff. The smoke is filled with flavors of bold black pepper and a pop that reminds me of cayenne or tabasco. This mixes with a nice sweetness of aged tobacco. Pepper and spice are definitely the lead player in this first third. The strength is starting out bold. I would classify it at a medium to strong. 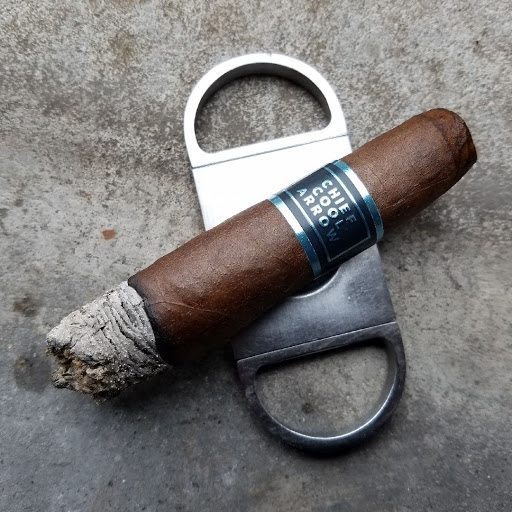 As the figurado shape reduces in rin gauge, the spiciness fades to the background, but still remains a factor in the overall profile. Dark honey roasted nuts and charred wood come in and shake things up a bit. The finish is more cinnamon and allspice that pepper at this point, and the retrohale has a subtle bite of licorice. The overall strength has tapered down to a solid medium. 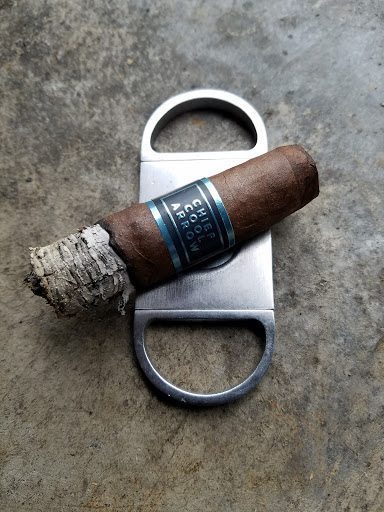 Since this is the shortest vitola in the line, it also has the most drastic variance in ring gauge from beginning to end. The smaller gauge in the final third really shines. It is a flavor profile that my palate tends to enjoy. Mixtures of baking spice and toasted marshmallow go nicely with a charred oak and bitter coffee. The strength profile has remained at medium for the remainder of the smoking experience.

I have been really impressed with many of the cigars released under the Room 101 brand name, and the Chief Cool Arrow is also impressive. The cigar is not only beautiful and interesting in the design, but it is well made and classically constructed. The flavor profile is in good company with the overall design. Bold, but classical. No harshness or overpowering notes ever came through the profile, and it was pleasant to smoke. Not boring or lackluster, but still some subtle nuances that kept me interested and excited to see what the next puff would bring. I recommend this cigar and am looking forward to trying the other vitolas.

Matthew is the Chief Marketing Officer for Blind Man's Puff, in addition to writing articles and being a member of the blind review panel.