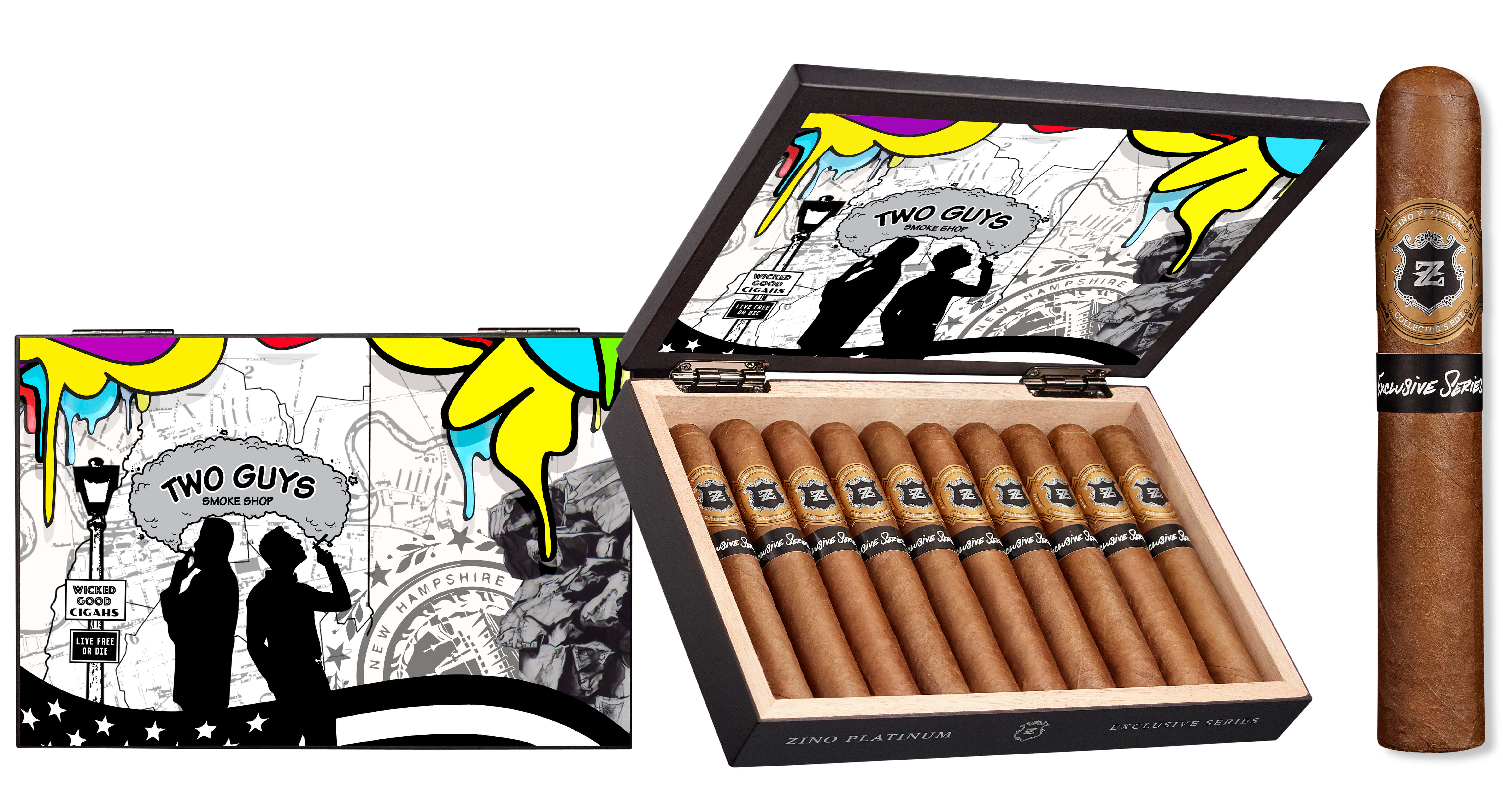 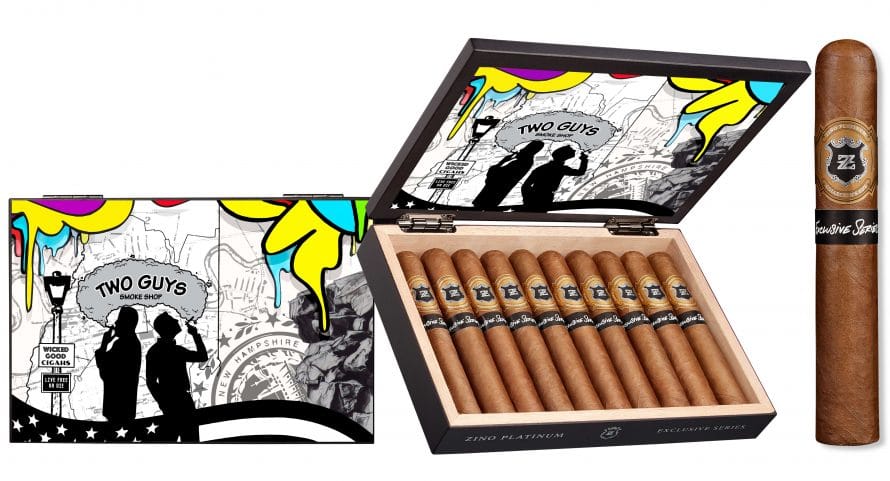 Four years ago, Davidoff brought on street artists Mike Baca and Fernando Romero, known as URNY, as brand ambassadors for “The Remake” of the Zino Platinum brand. Last April, they finished the project on the outside of Two Guys Smoke Shop in New Hampshire during a series of events. Can be see on the box of a new Two Guys Smoke Shop exclusive limited edition available starting Friday at 10am, April 10th, 2020 at all Two Guys Smoke Shop locations (Nashua, Salem, Seabrook). What doesn’t sell out there will be sold on 2GuysCigars.com starting on Saturday at 12 Noon.

The box uses images that reflect the area and the areas accent as well at the iconic old man in the mountain. Production is limited to 250 boxes of 10. David Garofalo owner of Two Guys Smoke Shop says, “We had scheduled a big event with the artists, but due to COVID-19 we had to obviously scrap those plans. It’s a changing world, but one thing that hasn’t changed is the great tobacco used in Zino cigars. It’s an important escape in these trying times, and we wanted to bring this release to you on it’s scheduled release date.”

The blend is described as mild-medium bodied and uses an Ecuador Habano wrapper, Dominican binder, and fillers from Nicaragua and the Dominican Republic. Zino Platinum Exclusive Series comes in one size, a robusto measuring 5 ¾ x 54. The artists will join The Cigar Authority a weekly podcast this Saturday at 12 Noon Eastern time and it can be seen live via TheCigarAuthority.com, YouTube or Facebook Live. The podcast will be available shortly after live broadcast.