Cabañas, the oldest Cuban cigar brand, is being reintroduced by JR Cigar with the help of industry legends Jaime and Pepin Garcia.
Read More

The Garcia family, owners of My Father Cigars, has acquired a hybrid wrapper grown in Connecticut and, with it, created a new brand: El Centurion H-2K-CT. Scheduled for release at the IPCPR trade show next month, this will be a spinoff of the core El Centurion line. The new cigar is named after the H-2K-CT Connecticut wrapper type, which the company said is proprietary to El Centurion. But it isn't a Connecticut wrapper in the usual sense. This isn't shade grown or broadleaf, but a Cuban-seed strain of tobacco grown in open sunlight and cultivated in the Connecticut River Valley.
Read More
90%
Very Good 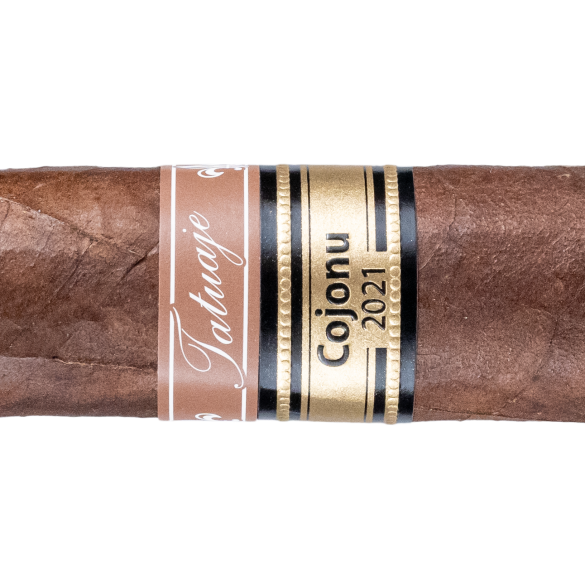 "This was a big cigar and a long smoke. The flavors were consistent the whole time. It was dark cocoa, cinnamon, and mild noted of salty nutty flavors. Strong black pepper that was intense at times and went deep into the chest. This is a steakhouse cigar. I would l make sure you eat a big meal and have a 4-6 finger pour of bourbon when smoking this one." -Chad M. (Chad Tchad)
Read More
91%
Very Good
AlanAllBlind Cigar ReviewsCoronaDaveDon Pepin GarciaFeaturedIPCPRJaime GarciaMaduroMatthew T.Mexican San AndresMy FatherNicaraguaOscuroRosadoStefan
·February 12, 2018

"As ugly as this cigar was, it goes to show that you can't judge a book by the cover. The flavors were so good. There was complexity, and yet consistent notes that pulled everything together. I would gladly reach for this cigar again. " -Matthew T. (A Huge Nerd)
Read More
93%
Great
AllBlind Cigar ReviewsConnecticut BroadleafFeaturedNicaraguaPete JohnsonTatuajeToro
·June 13, 2022

"This was a very enjoyable smoke. The flavors stayed present through all parts of the smoke. The thick mouthfeel was nice. The strong coffee flavor was intense to the point it felt like I was pairing a coffee with this cigar. Other notes of earthy, cocoa and mild black pepper spice came through as well." -Chad M. (Chad Tchad)
Read More
AllNewsPCAPete JohnsonTatuaje
·June 30, 2021

Pete Johnson of Tatauje Cigars showed off a new addition to the Cojonu line today. The Tatuaje Cojonu 2021 will be one of the larger cigars Johnson has ever made weighing in at 7 x 58. It is a very large belicoso and uses an Ecuadorian Habano wrapper.
Read More
89%
Good
AllBlind Cigar ReviewsDon Pepin GarciaFeaturedHabanoIPCPRJaime GarciaLanceroMy FatherNicaragua
·March 11, 2020

"I really enjoyed this cigar. There was quite a bit of flavors going on with milk chocolate, wood, coffee, cream, spice and some marshmallow at the very end. The cigar stayed medium until the very final third where the spice kicked it up a notch. " -Mickey T. (irratebass)
Read More
90%
Very Good
AllBlind Cigar ReviewsCorojoDon Pepin GarciaFeaturedJaime GarciaMy FatherNaturalNicaraguaRosadoToro
·January 18, 2021

"Overall, this was a VERY consistent flavored stick throughout the entire experience. Omnipresent notes of leather exist the whole time, which minor deviations throughout, most notably the nutty presence at the end, which was yum. Burn and construction were spots on the entire time without any flaws at all while the draw slightly learned on the loose side. Not a bad stick, one of the better ones I’ve had lately, however, it didn’t overly impress me and was a slightly better for an average cigar on the market today." -John A. (Bostoneo)
Read More
Crowned HeadsJon Huber
·June 11, 2020

Today, Crowned Heads released details of their upcoming seventh annual release of their Las Calaveras line: Las Calaveras EL 2020. The line debuted in 2014 as a tribute to those who passed away the previous year and to celebrate life and memories, as opposed to a mournful symbol of sadness and death. Each year the line pays tribute to 4 specific people who passed the previous year with a set of initials on each of four coins on the band.
Read More
Load More